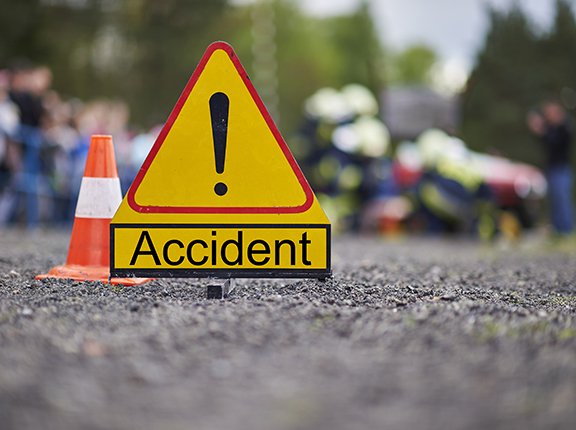 Two (2) persons died while 12 others were seriously injured in a fatal accident on the Accra to Kumasi Highway.

The accident which occurred on Thursday May 19,2022 involved a Toyota Hiace with registration number GR 5613 – 21 traveling from Accra to Kumasi .

However, according to an eyewitness, upon reaching the Zipline office in Omenako near Suhum in the Eastern region, the rear tyre of the speeding vehicle burst which caused the vehicle to veer off the road and crashed.

The victims were rushed to Suhum government Hospital for treatment.

The bodies of the deceased are being preserved at the hospital’s morgue.

A similar gory accidental on Tuesday May 17, 2022 at about 15:30pm claimed five lives at Akrumsu a farming community in Fanteakwa North District in Eastern Region.

A Benz bus with the registration number GE 4075 – E overloaded with bags of maize, charcoal and aboard with few passengers from Donkorkrom was en route to Akim Agogo however decided to use Miaso to Begoro road instead of the Nkawkaw stretch of the Accra to Kumasi Highway.

A survivor alleged that the driver failed break and lost control of the steering wheel at a curve near Akrumsu community causing the fatal crash.