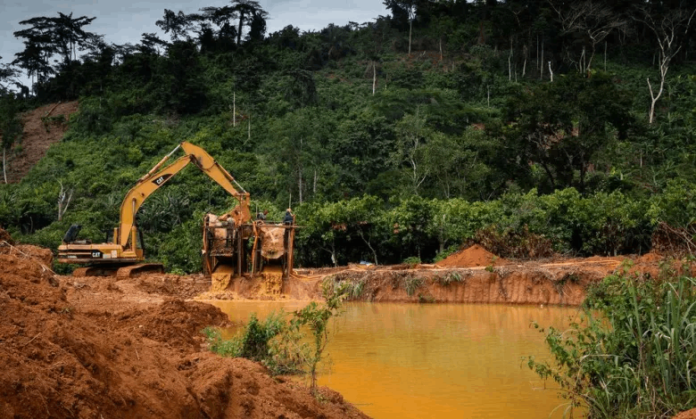 Officials from the Forestry Commission and some media personnel on Wednesday had the shock of their lives when they were locked up in the Tano-Nimiri Forest Reserve after a galamsey operation.

Tano Nimiri Forest Reserve is located in the Aowin Municipality of the Western North Region.

Hello FM’s Samson K. Nyamekye who was among the Journalists in the forest reserve narrated how a group including machomen prevented them from leaving the forest until their seized equipment were released.

According to the group working with Akonta Mining, they have the license to mine in the forest.

“After over 2 hours of back and forth, the machomen collected the seized items before opening the barricade for us to pass; they insisted they had the document to mine,” Samson Nyamekye recounted.

The million-dollar question is who, why an individual or officer will issue a license for a mining company to mine in a Forest reserve.

Meanwhile, the Forestry Commission has no idea who issued the document. They told Samson Nyamekye that it was wrong for anyone to agree for mining to take place, especially in a forest reserve.