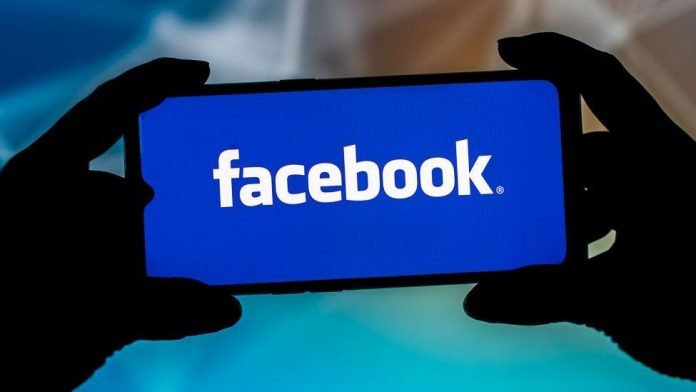 Facebook will rebrand itself with a new name next week in a bid to distance itself from series of embarrassing scandals.

The firm’s original social media site – Facebook – will likely keep its moniker, but Facebook Inc., the parent company which also owns Instagram and WhatsApp, will rebrand.

Chief Executive Officer Mark Zuckerberg plans to reveal the parent company’s new name at its annual Connect conference on October 28, but it could be unveiled sooner, the Verge reported.

The change would likely position Facebook’s social media app as one of many products under a parent company, which will oversee products like Instagram, WhatsApp, Oculus and more.

It will also help distance the firm’s flagship social media brand from future bad publicity, with recent whistleblower testimony from former worker Frances Haugen managing to contaminate the reputations of Facebook and Instagram.

Facebook, Inc, which owns Instagram and WhatsApp, is working on Horizon Worlds, a virtual reality space including the virtual workspace Horizon Workrooms.

The move could benefit the California-based behemoth’s reputation, which has suffered hit after hit in recent years.

It was accused of facilitating the spread of misinformation during the 2016 US presidential election, prompting series of congressional hearings and policy changes, including the introduction of third-party fact-checkers and further transparency in political advertising.

In 2019, the Federal Trade Commission fined Facebook $5 billion for allowing 87 million US profiles to be harvested for information used for political advertising by British firm Cambridge Analytica.

Some of the advertising was used to help the 2016 campaign of former president Donald Trump.

The internal research suggests that Facebook promoted divisiveness as a way to keep people on the site.

It also showed that the company knew Instagram harmed young girls’ body image and even tried to brainstorm ways to appeal to toddlers by ‘exploring playdates as a growth lever.’

Haugen said the Menlo Park, California-based company ‘over and over again has shown it chooses profits over safety’

Haugen, who anonymously filed eight complaints about her former employer with the US Securities and Exchange Commission, told 60 Minutes earlier this month: ‘Facebook, over and over again, has shown it chooses profit over safety.’

She claimed that a 2018 change prioritizing divisive posts, which made Facebook users argue, was found to boost user engagement.

‘You are forcing us to take positions that we don’t like, that we know are bad for society. We know if we don’t take those positions, we won’t win in the marketplace of social media,’ Haugen said.

She also blamed Facebook for spurring the January 6 Capitol riot.

Haugen, who spent two years at Facebook after working at Google, Yelp and Pinterest, testified in Congress on October 5.

Democratic Senator Richard Blumenthal kicked off the hearing by calling Facebook ‘morally bankrupt’ and criticized Zuckerberg for going sailing in Hawaii with wife Priscilla Chan instead of answering questions from lawmakers.

Senator Ed Markey also piled on the absent tech billionaire, addressing him by name during the hearing to warn him that ‘Congress will be taking action’ with or without his help.

‘Your time of invading privacy, promoting toxic content, and preying on children and teens is over. Congress will be taking action. You can work with us, or not work with us, but we will not allow your company to harm our children and our families and out democracy any longer,’ Markey said.

Haugen told senators that no similar company’s CEO has as much unilateral control as Zuckerberg does.

‘Mark holds a very unique role in the tech industry in that he holds over 55% of all the voting shares for Facebook. There are no similarly powerful companies that are as unilaterally controlled,’ she said. ‘There’s no one currently holding him accountable but himself.’

A metaverse, which Facebook is now focusing on, refers to shared virtual world environments, which people can access via the internet.

The term can refer to digital spaces, which are made more lifelike by the use of virtual reality or augmented reality.

Zuckerberg has previously suggested it to be future of the company.

The metaverse is ‘going to be a big focus, and I think that this is just going to be a big part of the next chapter for the way that the internet evolves after the mobile internet,’ Zuckerberg told The Verge earlier this year.

‘And I think it’s going to be the next big chapter for our company too, really doubling down in this area.’

On Sunday, Facebook announced it was hiring 10,000 people in Europe to build the metaverse out.

“There’s no one currently holding him accountable but himself,” Haugen said of Zuckerberg

“The metaverse has the potential to help unlock access to new creative, social, and economic opportunities. And Europeans will be shaping it right from the start,” the company said in a blog post.

“Today, we are announcing a plan to create 10,000 new high-skilled jobs within the European Union (EU) over the next five years.”

The tech giant said the new roles will include ‘highly specialised engineers’ but did not reveal any more detail about its plans for the new metaverse team.