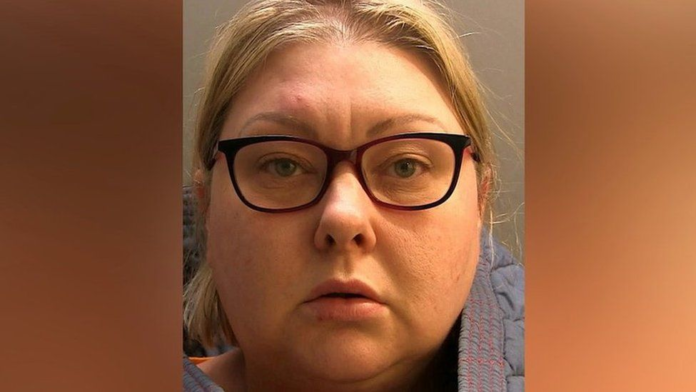 A woman who murdered a baby boy she wanted to adopt has been jailed for at least 18 years.

She had admitted manslaughter but at Preston Crown Court was found guilty of murder and child cruelty. Her husband Scott Castle was cleared of causing or allowing the boy’s death.

Castle, 38, was sentenced to life with a minimum term of 18 years.

Dressed all in black, she wept loudly throughout the hearing especially when statements were read from Leiland-James’ birth mother Laura Corkill, who called her son’s killer a “monster”.

Mr Justice Jeremy Baker said Castle had a “selfish desire” to keep Leiland-James even though she was struggling to bond with the baby and it was a “tragedy” the Castles did not end the adoption.

Leiland-James moved in with the Castles in August 2020 when he was eight months old, having been taken into care by Cumbria County Council at birth.

The court heard the couple struggled to bond with him and Castle sent her husband messages while he was at work criticising Leiland-James, calling him vulgar names and a “moaning whinge bag” and describing how she “absolutely leathered” him.

At about 08:15 GMT on 6 January 2021, Castle called 999 to say Leiland-James was unconscious and breathing awkwardly after falling from the sofa.

He died the following day at Alder Hey Children’s Hospital in Liverpool where doctors were highly suspicious of her account.

On the opening day of her trial she admitted manslaughter but said she did not mean to kill him.

She told the court she “lost her mind” as the boy was crying and she shook him to try and silence him, accidentally hitting his head against the arm of the sofa.

Neighbours said they heard a thud but no baby crying, with prosecutors claiming Castle “lost her temper” when Leiland-James spat out Weetabix.

Pathologists said “severe” force would have been needed to cause the fatal brain injuries and believed his head had been struck against a hard surface.

They said a fall from the sofa would not account for the extensive internal bleeding and likened his injuries to those suffered in a high-speed car crash.