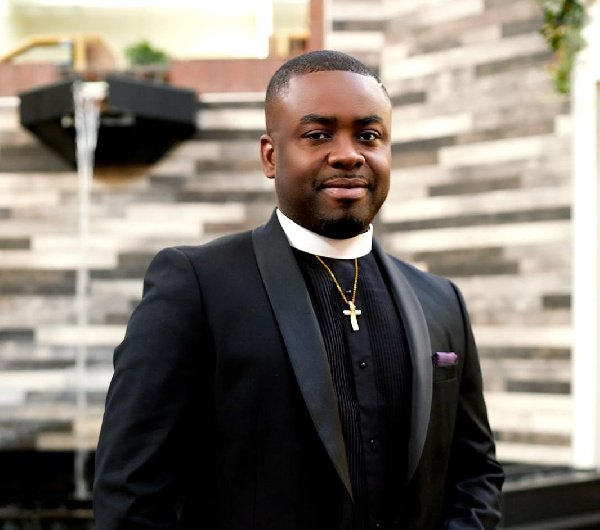 Popular gospel musician, Michael Adomako of Willie and Mike fame, has been a pastor in the United States of America.

The solemn consecration and ordination happened on Saturday, October 29, 2022.

Mike, as he is known popularly, successfully graduated from Paintsil & Associates School of Ministry in Hyatt Regency, New Jersey. The school was founded by Ghanaian Apostle, Dr. Steve Paintsil.

Speaking to GhanaWeb after his ordination, Mike, who has been in the gospel ministry for the past 27 years said he believed the training and knowledge acquired while studying at Paintsil and Associates School of Ministry will equip him to win more souls for the kingdom of God, as well as, influence his music writing prowess.

“I am humbled by this calling. I seek [for] more prayer support and God’s guidance as I know this journey won’t be easy but his grace and mercy will take me far,” he said.

The worship leader also holds BA in Political Science and Theatre Arts from the University of Ghana.

As a co-founder of Willie and Mike Outreach, as well as the leading convener of The Praying Family, a non-denominational prayer movement, he has embarked on numerous charitable initiatives and crusades in areas like Bolgatanga, Tamale, Juapong, Berekum, Obuasi, Takoradi, Ejisu, and many parts of the country.

Globally, the songs from Willie and Mike, have touched many lives in Burkina Faso, South Africa, Holland, Denmark, Germany, Sweden, North America and many parts of Africa.

He noted, that as an ordained minister of God, it is now time to merge his music ministry and win more souls for Christ.

In attendance at the ordination were some renowned gospel artistes like Rev. Graceman, Mary Agyemang, Nana Yaw de Worshiper, Lord of No tribe group, and many other dignitaries from all over the world, who threw their weight behind their colleague in ministry.

Pastor Mike later expressed his appreciation to God for how he has seen him through his studies. He also thanked his family, Apostle Dr. Steve Paintsil, his brothers and sisters in the gospel music fraternity and all those who supported him in prayers.