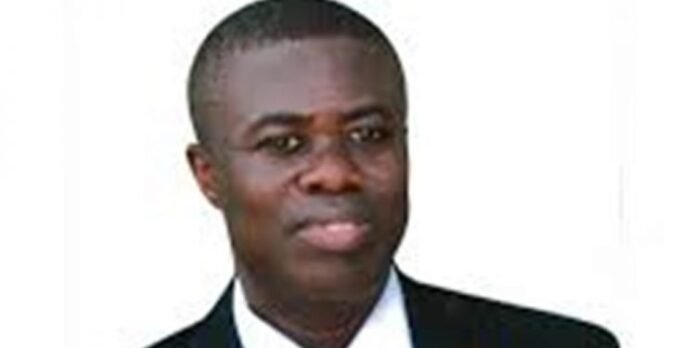 The Member of Parliament-elect for Sene West, Kwame Twum Ampofo, has pledged his commitment to resolving outstanding issues between the two major political parties within the constituency to achieve the needed development.

“I will try my best to bring everyone, including the opposition on board for the good of the constituency. I will patch things up and mend broken relationships.” “I also will do all I can to bring in the leadership of the party, for instance, the General Secretary of the party, Johnson Aseidu Nketia, who was my party agent today, to sit and resolve all outstanding issues so we can move forward.” Mr. Ampofo won the Sene West seat for the National Democratic Congress (NDC) by 16 votes after a legal challenge held up the counting and collation of results for over a week. He polled 13,116 to Joseph Markay Kuma of the New Patriotic Party’s 13,100 votes.

Commenting on the slim margin of votes, the MP-elect said “it is not as though the people did not vote for me. The system was influenced. The electorates were influenced by money and other things.” He further indicated that “NDC supporters across the country are jubilating now. Alas, the declaration has gone in our favour.” The counting was supervised by the EC officers in the company of Dan Kwaku Botwe of the NPP and NDC General Secretary, Johnson Asiedu Nketia, among others. The NPP representatives called for a re-collation of the results which delayed the certification.

Sene West was the only outstanding seat in the Parliamentary elections which had seen the NPP win 137 seats in Parliament whilst the NDC had 136 seats. The NDC’s victory raises its seats in the eighth Parliament to 137.

The Sene West election results were delayed because Mr. Kuma, sought an injunction against the election results over claims of irregularities with the electoral process.A man snatched the ballot box from the polling station in question.But in court on Thursday morning, the Presiding Judge, His Lordship Justice Frederick Nawura, struck out the NPP’s case and directed that the Electoral Commission be allowed to do its work.