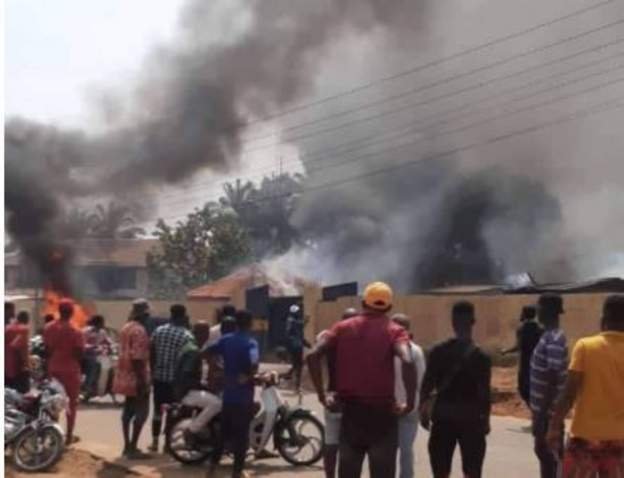 Angry youths on Wednesday torched three police stations in Nigeria’s south-eastern state of Anambra while protesting against the killing of a taxi motorcyclist allegedly by police.

The victim, Ebere Nwogba, died on Tuesday night after he was reportedly apprehended for operating his motorbike during curfew hours.

Eyewitnesses said policemen fired shots to disperse a crowd of onlookers during the incident. One of the shots is suspected to have hit the victim in the stomach, a resident said.

“The policemen abandoned him and ran away with his motorbike,” said Okafouzu Ugocchukwu, a resident.

On Wednesday morning, angry youths marched to the town’s police station and set it on fire. They also marched to police stations in the neighbouring towns of Ekwulobia and Oko and torched them.

The state’s police commissioner, John Abanga, has said they would prosecute any officer linked to the victim’s death.