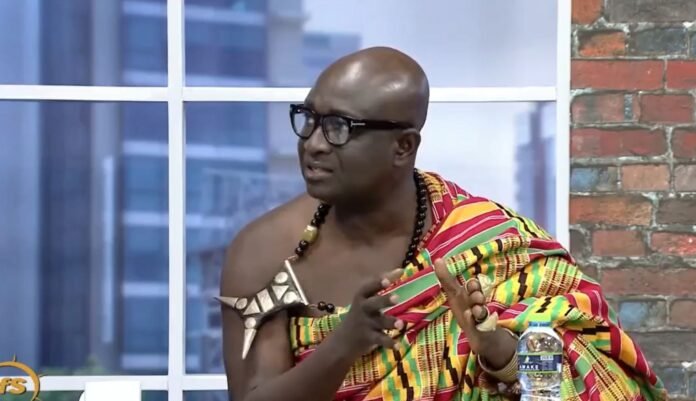 Broadcast journalist, Kwasi Kyei Darkwah (KKD) says he is unfazed by the numerous death threats he has received from politicians after speaking “the truth” to power.

According to him, he will not allow cowardice to push him to become silent when the nation is being mismanaged.

When asked if he was afraid for his life, KKD said “No.”

“I have eaten in places that some of the people in political office are now seeking to dine in. What have I got to lose?” he quizzed.

KKD became a media sensation after he expressed his surprise at government for constantly employing the services of a company co-founded by the Finance Minister – Data Bank Financial Services – as advisors for some of Ghana’s international loan transactions.

His outburst on GTV’s Breakfast Show on Wednesday, August 17, resonated with many Ghanaians who have since asked leaders to avoid occupying a public office that can cause a conflict of interest.

But the Ministry of Finance has dismissed the claims that Databank and Black Star Brokerage were handpicked by the Finance Ministry and the Bank of Ghana (BoG) to act as Bond Market Specialists for government bond issuance, hence benefiting from those transactions.

In a statement, the Ministry said, it is incorrect the claim that these two firms have been appointed as advisors to the Ministry of Finance (MoF).

“The selection of the Primary Dealers [PDs] and Bond Market Specialists [BMSs] is an automatic process based on market performance and historical secondary market trading activity which is publicly available and cannot be manipulated by the Ministry of Finance [MoF] or the Bank of Ghana”.

KKD on AM Show maintains his position that the Finance Minister’s affiliation to Databank may be the reason the country keeps borrowing, a habit he insisted cannot be allowed to continue.