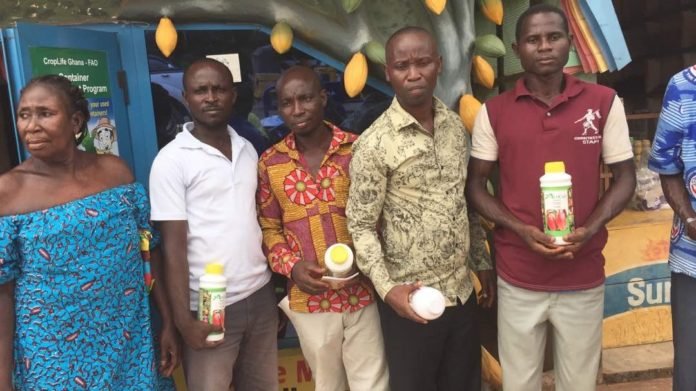 The Dormaa Central Municipal Best Cocoa Farmer, George Adu-Adjei, has commended the Government for making available liquid fertilizer as a substitute for the granular type fertilizer through their local farmers’ Unions against the background of global shortages.

He said the Government through the Ministry of Food and Agriculture distributed the liquid fertilizers to the farmers.

Speaking to the Ghana News Agency at Antwirifo, a farming community in the Dormaa Central Municipality of the Bono Region, Mr. Adu-Adjei said they (farmers) were informed that because of the high shipment cost of the fertilizer brought about by the Russian — Ukraine war, the Government was unable to procure bags of the fertilizer for onward distribution to farmers.

He added the liquid fertilizer had been given to farmers for trials, saying it had the same potency and efficiency as the granular type.

Mr. Adu-Adjei noted that the liquid fertilizer was being sold on the market at high prices, but the government’s one was supplied to them for free.

He, however, appealed to the Government to extend grants, incentives, and soft loans to farmers to enable them to expand their cocoa farms.

He said that would offer an employment opportunity for more young men and women because some of the aging farmers needed more farm hands to assist as their strength was declining.