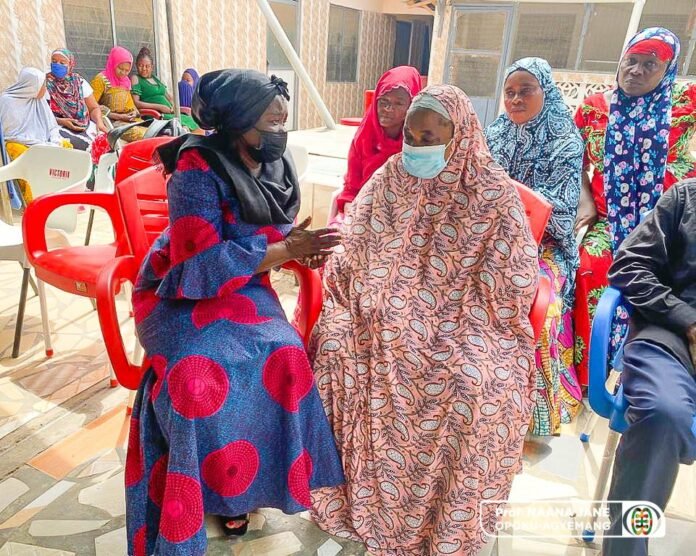 The opposition National Democratic Congress (NDC) has donated GHS10,000 to the family of the 11-year-old boy who was allegedly killed by two teenagers for ritual purposes at Amanfro in the Ga South municipality.

The donation was made by the NDC’s 2020 Vice-Presidential Candidate, Prof. Naana Jane Opoku-Agyemang, on behalf of the party and its 2020 flagbearer, John Dramani Mahama.

In a post on social media after visiting the family on Tuesday, April 13, 2021, Prof. Opoku-Agyemang said the unfortunate incident demands a national soul-searching of the country.

“On behalf of former President John Dramani Mahama and the NDC, we made a token donation of GHS10,000.00 to the family. This despicable episode demands national soul-searching and an honest enquiry into the direction of our country”, she posted.

Prof. Opoku-Agyemang further asked for Allah’s strength for the family particularly in this holy month of Ramadan.

Already the party has urged the government to ensure speedy investigations and prosecution of all persons involved in the killing.

The party says fast-tracking the processes will ensure that Ghanaians are not continuously reminded and hurt by the unfortunate incident.

“It is the expectation of the National Democratic Congress that the appropriate authorities will ensure that the bereaved family are comforted by the swiftness of the application of the law to punish the perpetrators and all who may be behind this dastardly murder.”

“In this regard, we call on the Akufo-Addo government to speed up investigations and crank the wheels of justice so that the country can rid itself of the odious reminder of this unfortunate event,” the party said in a statement signed by its Director of Communications, Kakra Essamuah.

This was after the teenagers allegedly lured the deceased into an uncompleted building and smashed his head with a club and cement blocks killing him instantly.

They subsequently buried him in the building.

Police say the suspects planned to recover the body at midnight for the supposed rituals.

The news, since it came out last week has remained a topical issue for public discussion with many lamenting the increasing spate of similar crimes in the country.

The teenagers, Felix Nyarko and Nicholas Kini have been arrested by the Kasoa Divisional Police Command following the killing.

Two other people including a traditional priestess have also been apprehended.