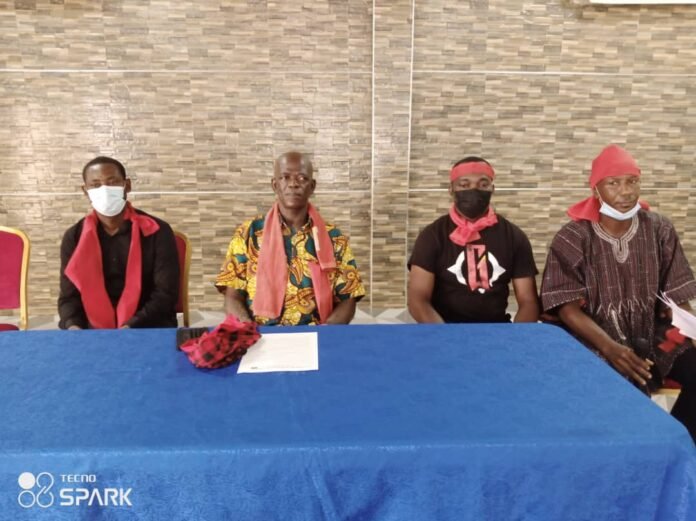 Agents/Vendors of Fan Milk products in Ghana have embarked on a sit-down strike, urged members to stop selling of fan milk product following the reduction of their sales profit.

The vendors decided to embark on the strike when management reduced their profit margin from 4.25ps to 4 cedis per one pack of yogurt which contain 25 pieces.

National Chairman of the Agents/ vendors association of Fan Milk Ghana Limited Mr. Edward Kwaku Sarpong who spoke to the vision1fm.com at a press conference in Accra said, management unilaterally take the decision to reduce their profit margin without the consent of the agents due to high taxes imposed on their products and an introduction of a new app.

He said the reduction in their profit would go a long way to affect their living conditions, since they used part to pay their transportation fare, feeding and others related social amenities.

According to Mr Sarpong, in some cases they used their own money to repair bicycles, purchase paper and polythene to wrap the yogurt for their customers.

Some of the association members at the presser today also expressed their disappointment in the reduction of the profit, which they stressed would affect their transportation cost and others expenses, noting that they would virtually not make any profit from their sales if the reductions in their profit margin was made.

They said they decided to embark on the strike action or stop selling of the product to enable management see eye to eye with their situation and reconsider its decisions to reduce their profit.

Mr Vincent Acquah an agent and distributor on his part empathized with the vendors who sell for his and therefore called on management to quickly rescind their decision.

He said sometimes he had to give them money to buy polythene bag and papers to wrap the yogurt.

Meanwhile all efforts to get the management of fan milk products in Accra to speak on the strike issue proved futile.