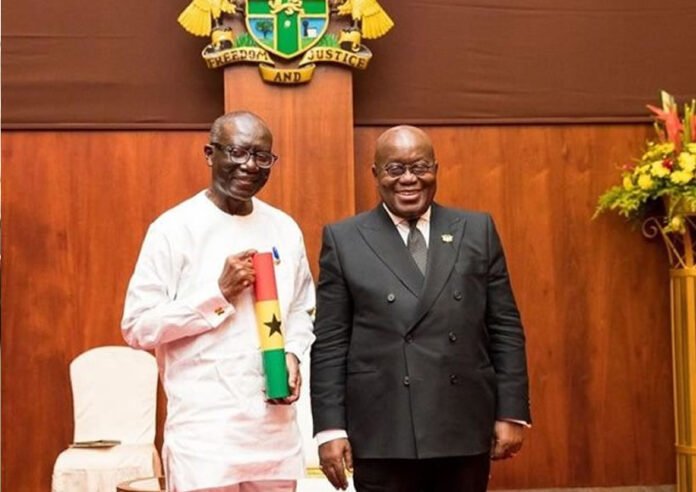 President Nana Addo Dankwa Akufo-Addo has expressed confidence in the performance of his Finance Minister, Ken Ofori-Atta despite growing discontent towards him from Ghanaians.

According to the President, although many have called for the head of the Finance Minister over alleged mismanagement of the economy, he is satisfied with Ofori-Atta as he has what it takes to change the fortunes of the country.

He said Ofori-Atta proved himself by overseeing earlier successes of the Akufo-Addo administration.

“This same Finance Minister who people are calling for his blood is the very man who took us very successfully out of the IMF programme and helped us produce the 7 percent rates of growth that we have before the COVID.”

“I believe that he has the same determination to work us out of this crisis as he showed at the beginning of our government,” the president added.

President Akufo-Addo also reiterated his stance that a reshuffle of his ministers was not needed at this time.

Benchmark values to blame for high cost of goods – GUTA