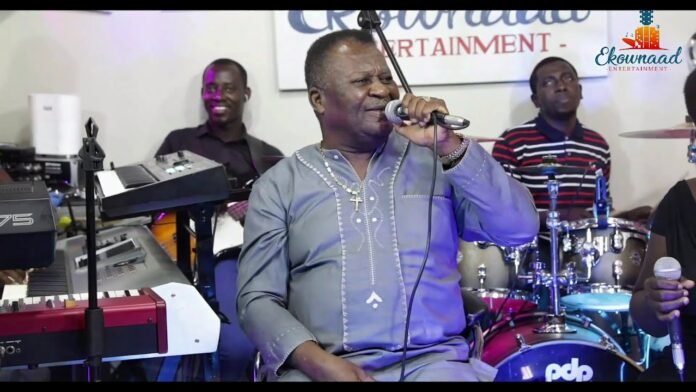 Highlife legend Alfred Benjamin Crentsil has passed away at age 79.

The sad news was announced by ace recording engineer, Fred Kyei Mensah (Fredyma) on Wednesday, July 13, 2022, in a Facebook post.
“FAREWELL AB CRENSTIL. The original composer and singer of the famous and controversial songs, ‘Moses and Aba’ AB Crenstil, has died! He had a stint with a lot of bands before joining the Sweet Talks Band with Smart Nkansah and then his own band, Ahenfo. His hit songs, ‘Juliana and Obi ba wiase cannot be forgotten”

Tributes have started pouring in for the man regarded as one of the greatest Ghanaian musicians.
A.B. Crentsil was born in Tarkwa in 1943. He played in the El Dorados Band, Sweet Talks, Talk Of The Town and later his own Ahenfo Band.