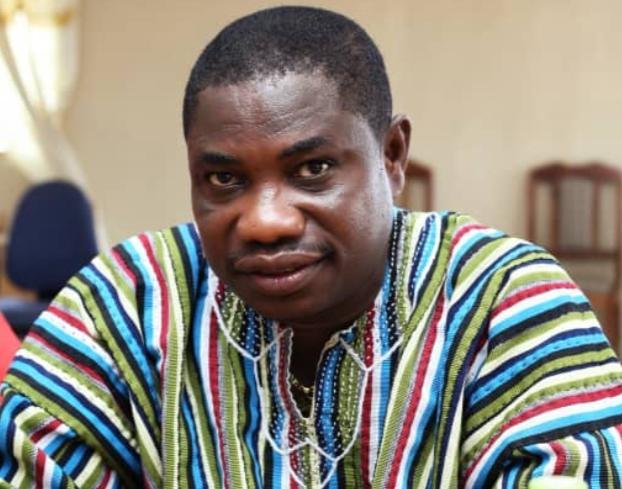 The Deputy Communications Officer for the opposition National Democratic Congress in Central Region has slammed the president of the republic, His Excellency Nana Addo Dankwa Akufo-Addo for what he term wasteful presidential tour of the region.

In a statement issued on 20th October, 2021, Mr. Lawrence Kwesi Ghartey said “the Central Regional NDC has taken notice of a two-day profligate and wasteful Presidential visit by HE. Nana Addo Dankwa Akufo-Addo which started from Monday, 18th October, 2021 and ended on 19th October, 2021. Whiles we appreciate the President of the Republic for the visit to our Region, we believe his coming has been a bewildered, spontaneous and reactive one needlessly occasioned by the rousing welcome which greeted John Dramani Mahama during his “Thank You Your” of the Region on Friday, 15th October 2021. The politically expedient tour which has brought humiliation to the President is incontrovertible in the last minute negotiation by Hon. Alan Kyeremateng with K.T Investment Company Ltd, a Chinese lubricant factory at Gomoa Akotsi in order to rebrand and classify it under 1D1F initiative to score undeserving and unmerited political points in the Gomoa East District. This act of sheer deception and bad faith must not be countenanced by a leader who must demonstrate candour and high levels of integrity as expected of his office. Obviously, Nana Addo’s government substandard performance so far has reflected in the cold reception the good people of Central Region accorded him. This is an ample testament to why he could not muster the courage to speak on infrastructure after President Mahama threw a challenge to him on project accountability debate.

It is the height of embarrassment that whiles President John Mahama could tout his achievements in the form of transformational project he delivered during his media engagement with Cape FM which was synchronized across the region, President Akuffo Addo though in his second term is still inspecting and cutting sod for piecemeal projects. We are not surprised to hear from the President that Komenda Sugar Factory will work again whiles he could not go there to assess the state of dilapidation. He has soon forgotten he came to tell us he has given approval for strategic investor to take over the factory, since 4th June, 2020 and now we are being told that, the so-called strategic investor, Park Agrotech Ghana Limited could not fulfill the conditions hence, the government is discontinuing with the arrangement. It is incontestable that President Akuffo Addo have deliberately refused to access the $24.5 million meant for the production of sugarcane because they have no intention to operationalize the factory. Where is the commitment of President Akuffo Addo if indeed he mean well for the people of Central Region?. It’s also shocking to note that, HE Nana Akufo Addo could look into the face of the people of Central Region as a whole and Cape Coast in particular to state that he didn’t promise us a harbour. We want to know whether HE. Nana Akuffo Addo is running a parallel administration with his Vice President Dr. Mahamudu Bawumia or they belong to the same administration? Stemming from the fact that on 22nd August 2020, HE. Dr. Bawumia promised orally “The Central Regional capital of Cape Coast will for the first time see the construction of a harbour and an airport”.

It was a clear promise from the governing New Patriotic Party to the people of Central Region that should they be given the mandate to run the affairs of the country for another four- year term that infrastructure will be given to the region. Again, we refer HE. Nana Akufo Addo to the NPP’s 2020 Manifesto, which captures this famous deceitful promise in page 160, part 4 line 6. Though, we are dismayed about this blatant denial of sacrosanct promise, it is indisputable that deception has become the hallmark of HE. Nana Addo/Bawumia’s government. We want to assure him and his NPP party that they will pay dearly for deceiving us in the next general elections. Again, in Assin South President Akufo Addo did sod-cutting for the construction of the Nyankomasi Ahenkro – Assin Jakai road. It is a matter of fact that this particular road has been captured on their infrastructure delivery tracker as having been constructed.  Also, Hon Ntim Fourduor, MP for Assin South Constituency, has on a number of occasions said on national platforms that he has constructed this same stretch of road and touts it as part of his achievements. So why the sod cutting again?
This reveals their treachery and hoodwinking attitude of the Nana Addo led NPP. The truth of the matter is, like his numerous failed promises he has made over the years and across the country, the people in the area, and for that matter Assin South District do not believe the president’s promise to construct the road. This in our view is an insult to the conscience and sensitivity of the good people of Central Region as we expected government to have demonstrated integrity in delivering its appetizing campaign promises.

It suffices to add that a non performing and incompetent President is the one who comes to important regional capital like Cape Coast to inspect engineering laboratories and workshops being constructed by the Ministry of Education despite unsustainable debt hole this Akuffo Addo government has plunged the country into and it resultant unbearable economic hardships on suffering Ghanaians through imposition of needless taxes. President Nana Addo Dankwa Akuffo Addo as part of his tour in the central region, which has received poor reception, was in Winneba on a fishing expedition to commission local Assembly projects.
The President commissioned a CHPS compound, a community police station, community centre, a school library, and a decorated traffic light intersection which was first initiated by the former Member of Parliament, Hon. Mike Hammah. The most surprising incident as part of his unpatronised tour, was the renaming and re-commissioning of the Winneba roundabout now reconciliation roundabout, with a statue of Osagyefo Dr. Kwame Nkrumah and J.B. Danquah exchanging pleasantries, which obviously indicates the President’s lack of appreciation of Ghana’s history. The question is when did Osagyefo Dr. Kwame Nkrumah and J.B. Danquah meet in our history in Winneba to warrant the naming of the so-called “reconciliation roundabout”. Unfortunately, the President could not talk nor commission any job in Effutu which is so much desired by the youth of the town. How can a whole President come to Effutu and only commission projects which have been done by a Member of Parliament. When is the NPP government going to do something for the people of Effutu.

It is clear the Akufo Addo/Bawumia government is bereft of developmental projects as urine has evaded the proverbial chicken and must take the blame for the wasteful and worthless Presidential tour of the Central Region”.