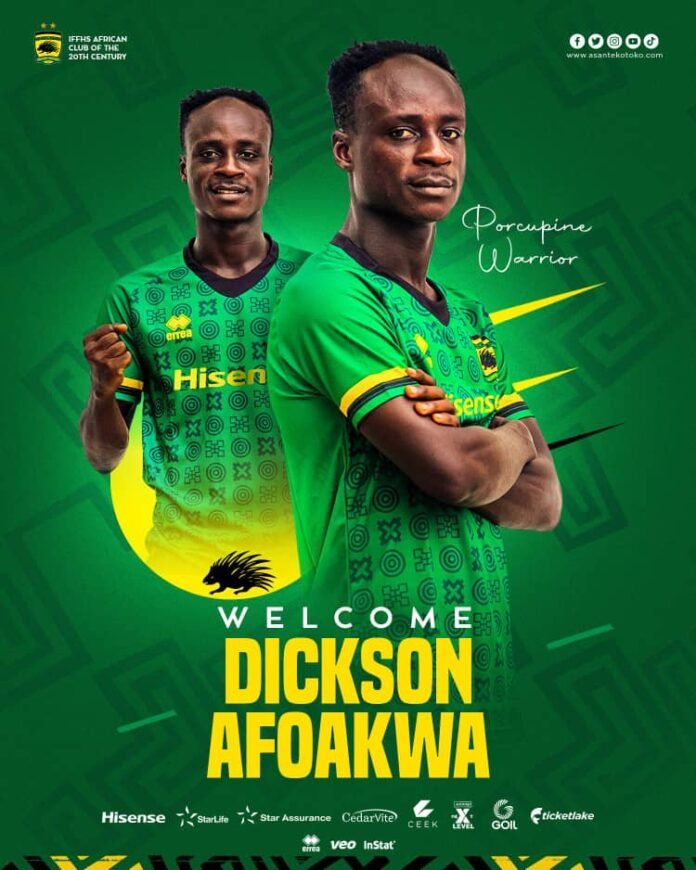 “DEAL DONE: We have completed the signing of winger Dickson Afoakwa. The offensive player joins as a free agent on a three-year deal.” A statement on the club’s Twitter account read.

Since December 2019, Dickson has been a free player and started training with Kotoko for a switch two weeks.

The 23-year-old last featured for South African club, Stellenbosch FC with his contract terminated by the club after just six months. He made five appearances during his stay at the PSL club.

In 2016, he joined Belarusian top-flight league outfit Dinamo Brest and was loaned later to FC Gomel.

In 2018, he moved from Belarus to Slovenia to play for NK Triglav Kranj during the summer transfer window in 2018.