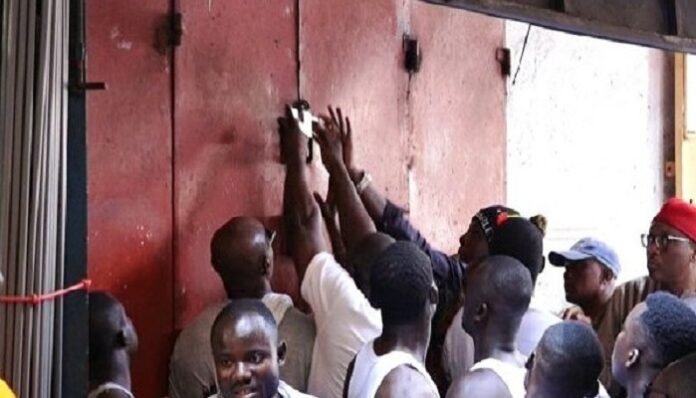 The Ghana Union of Traders Association (GUTA) at Kasoa in the Awutu Senya East District of the Central region has threatened to close down shops of foreign nationals engaged in retail businesses.

General Secretary of GUTA at Kasoa, Bright Agyemang, who spoke to a section of the media expressed worry over the government’s inability to enforce the laws on foreign businesses in Ghana.

Speaking to Kasapa FM’s Central Regional Correspondent Yaw Boagyan, he said that their members of the association are furious and becoming impatient towards the continuous invasion of foreigners in the retail business.

Mr Agyemang urged the government to address the issue to avoid it from degenerating.