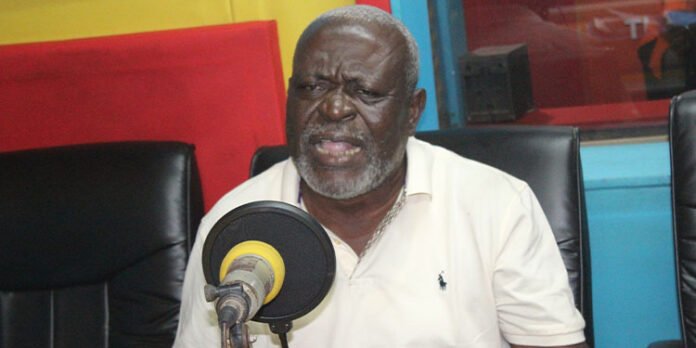 Kumasi Asante Kotoko woes continue as they have been summoned by the Player Status committee over the termination of contract with some players.

In an interview with Kofi Manu, former Executive Council member of the GFA on the Final Lap Show with Sir Ernest Ross on vision 1 FM explains why Kotoko had it wrong and the consequences they face if they fail to appear before the PSC. When asked whether the Porcupines have a chance to appeal the decision, he said, “All along it is odd to say that a lower court has taken a decision which can’t be sent to court for appeal. The appeals committee has no jurisdiction over decisions taken by the PSC. When you take a look at article 58, paragraph 4, the PSC is not mentioned under the responsibilities of the appeals committee and that is why the PSC did not give any direction as to whether what Kotoko should do if they want to appeal for the decision because there’s no rule that allows appeal on a decision taken on PSC , you can only assume it’s a final decision within your jurisdiction. I will advice, the don’t take the matter to CAS, they are at fault, they did the wrong thing.” On how the PSC goes about it’s duties, he said, “The biggest law making body of football is FIFA, so the GFA which as a football organization in Ghana takes it laws and status from the mother body, FIFA.

” On his view on the current Kotoko management in relation to the issue at hand, he further explained, “So after CK Akunnor’s issue with the previous administration, you immediately take over and commit the same blunder. I think the CEO should consult extensively when taking decisions. Maxwell Konadu’s case is another which is pending because his contract was terminated in the wrong way and I know he’s also making effort to drag Kotoko to PSC.” On PSC decision on Kotoko he added, “I can say that the decision by the PSC is in order. They were even lenient and charitable.
There is something we call protected period which states that a player below 28 years old who signs a contract falls under the protected period. In that period you don’t do anything to disturb or terminate the contract both club and player and FIFA is very serious about it. I’m sure none of these players are 28 years so a two years contract falls within the protected period, same as three years contract.” On players contract he continued, “contract signed by a player is more or less a professional contact for soccer that’s why it stated in the contract, you don’t do anything else apart from playing football for the club so a three year contract binds a player, playing football for three years.

Since it’s a career, you then register the player at the FA to have access to play football. If you want to do away with certain players you sit down with them, agree on mutual terms, pay them some compensation or loan them to another club with the period stated in the contract. They didn’t do it that way then they sublime them, they were not playing football, meaning you terminated their contact.” On signing on fees and salaries, he ended, “Kotoko have to pay for the signing on fees for the boys, pay for salaries up to the end of the contract. The committee was even charitable because they only calculated six months salary for them, they should have compensated them for winning bonuses and other allowances, so the PSC was a bit charitable.”