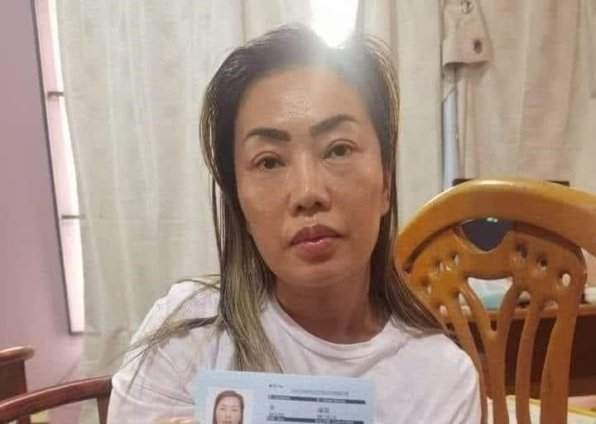 The lawyer for Aisha Huang, retired captain Nkrabeah Effah Dartey, again requested her release, explaining that Aisha was released on bail during her 2017 trial.

The defense attorney said, “I’m not saying you should leave her. I am only asking that as the matter continues, allow him freedom of movement, subject to such conditions as the court may appoint.

“Five years ago, when my client was tried on similar charges, she never missed a day in court.”

The lawyer explained that Aisha was heartbroken because she had been refused bail many times.

“Being in jail or being detained by the police is not an easy thing, you know. I’ve been there and I know what that feels like,” he added.

However, the court presided over by Judge Lydia Osei Marfo rejected the request, saying that the trial had already begun and was progressing at a faster pace.

“The defendant is a foreigner and she has no social or other ties in the jurisdiction, and therefore she is a person at risk of flying,” the court stated.

As the trial began, Yvonne Atakora Obuobisa, Director of Public Prosecutions, led Immigration Director Reuben Ransford Aborabora into the evidence. On 5 May 2017, he led six other officers from the Ghana Immigration Service (GIS) to check the validity of the foreign citizen’s permit in the country as part of his duties, the first prosecution witness explained.

The agents, belonging to the GIS enforcement unit, arrived in Bepotenten in the central Amansie district in the Ashanti region.

Supt. Aborabora said their purpose of visiting Bepotenten was to verify information “our office has received results that some Chinese nationals and others engaged in illegal mining in Bepotenten despite the ban.” government for illegal fishing activities”.

Upon arrival in Bepotenten, the first prosecution witness testified that a road through the site contained a container of machine parts.

There are also fuel tanks, as mining operations have created newly dug piles of sand. There is a cocoa farm near the site and part of the cocoa farm has been cleared, while the pits are filled with water, he added.

Supt. Aborabora said: “At the scene, I heard the excavator being used and the generator. In total, I saw six excavators, four of which were in use. »

In Bepotenten, Supt. Aborabora said the team arrested four Chinese nationals, including one named Gao Jin Cheng, who informed them that they were there to deport an Aisha.

He said that when he asked for the passports of all four, they told the group that they were staying with Aisha. Therefore, he recorded the mining activities at Bepotenten on his mobile phone and transferred it to a compact disc and then a USB.

The video was therefore taken to court as evidence.

In response to Captain Effah Dartey’s cross-check, the officer confirmed that Aisha was not in Bepotenten when his team visited.

The official also said personally that he has no direct information against Aisha for illegal mining. However, it was Gao who told him that they were at the mines looking for Aisha, who also had their passports.

Defense Attorney (DC): “If Gao Jin Chen gives you false information, then your source is wrong.”

Witness: “Yes, Lord, I just reported what Gao Jin Cheng told me and forwarded it in my report to the GIS Enforcement Unit in Kumasi for further investigation.”

DC: “You and your people have conducted regular activities in Bepotenten.”

Witness: “Not exactly, we are following orders from my superiors in charge.”

DC: “Did you know that some of your people are constantly being violated?

Witness: “No, Your Excellency, I have no personal information to do that.”

Aisha is being detained for allegedly engaging in illegal mining activities in Bepotenten in the Ashanti Region in 2017.

She is accused of carrying out mining activities without a license and facilitating mining participants.

Aisha also faces an additional charge of unlawfully employing a foreign national and entering Ghana while barred from re-entering.

The Merger and Acquisition Industry