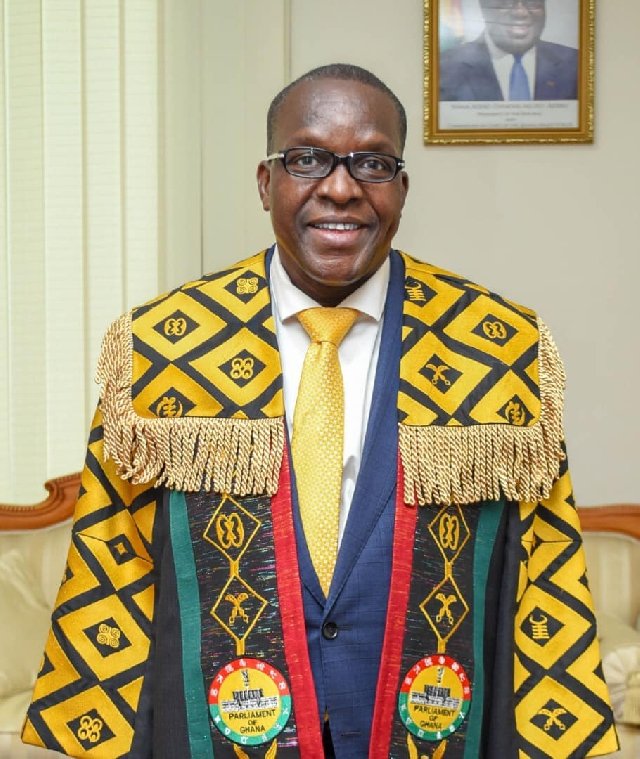 The Majority in Parliament says it is considering dragging the Speaker of Parliament, Alban Bagbin, to the Supreme Court over his ruling on the Dome-Kwabenya MP, Sarah Adwoa Safo.

According to the Majority Leader, Osei Kyei-Mensah-Bonsu, the ruling was “unfortunate”, saying the Speaker may have misinterpreted the law.

“If we lend ourselves by what I consider to be a very capricious ruling, then the Supreme Court would be the final arbiter,” he told JoyNews.

The Speaker of Parliamen Alban Bagdin ruled that the entire House must debate the Privileges Committee’s report on whether or not the Dome Kwabenya MP should lose her seat for absenting herself for more than 15 sittings.

Her continuous absence from Parliament divided the House with the Majority interestingly taking the view that the Privileges Committee report should be final.

“As I have noted in this ruling, the decision as to whether or not to admit a motion is the exclusive preserve of the Speaker. In view of the foregoing, the House is well within its rights to receive and consider the report of the Committee and make a determination arising out of the recommendation,” Mr Bagbin ruled.

But the Suame MP says the Speaker was wrong and they are determined to fight it before the debate.

A video from MyJoyOnline.com as Bagbin was ruling the House.

A day after the Speaker’s ruling, an NPP legislator commenced the process of filing a suit at the Supreme Court to have her seat declared vacant.

In documents cited by Myjoyonline.com, the MP is praying the Court that by failing to appear before the Privileges Committee to explain her absence from Parliament, Sarah Adwoa Safo ceases to be a Member of Parliament.

“A declaration that upon a true and proper interpretation of Article 97(1)(c) of the 1992 Constitution of the Republic of Ghana, a member of Parliament who absents himself/herself, without permission in writing of the Speaker and he/she is unable to offer a reasonable explanation to the Parliamentary Committee on privileges, from fifteen sittings of a meeting of Parliament during any period that Parliament has been summoned to meet and continues to meet, automatically forfeits his/her membership of the Parliament of Ghana,” portions of the reliefs read.

Before going on recess in July, Mr. Bagbin deferred his ruling on whether the Dome-Kwabenya seat should be declared vacant or not following Madam Safo’s failure to honour an invite by the Privileges Committee on her continuous absence from Parliament.

Mr. Bagbin, on May 4, referred Madam Safo, Mr. Henry Quartey, MP of Ayawaso Central, and Mr. Kennedy Ohene Agyapong, MP, Assin Central, to the Privileges Committee for absenting themselves from 15 sittings of the House without his permission.

That was during the First Session of the Eighth Parliament.

The Committee failed to achieve a consensus in its recommendations on whether absenting herself for more than the mandatory 15 days without permission warranted her seat being declared vacant.

The Majority, however, wants the seat declared vacant without delay in line with stated constitutional provisions.

It observed that Madam Safo failed to take advantage of the numerous opportunities to explain her absence without leave.

Meanwhile, the Majority of MPs on the Committee cited Article 97 (1) (c) of the 1992 Constitution and the Court of Appeal decision in the case of Prof Stephen Kwaku Asare and the Attorney-General & 3 Ors, in this regard.

The Minority MPs on the Committee argued that according to the principle of natural justice, the seat should not be declared vacant because Madam Safo did not provide her side of the story to the Committee.

The Committee, however, determined that the explanation offered by her two colleagues, Mr. Agyepong and Mr. Quartey for absenting themselves, were reasonable.

NDC, jobless people may be the ones calling for reshuffle – Akufo-Addo