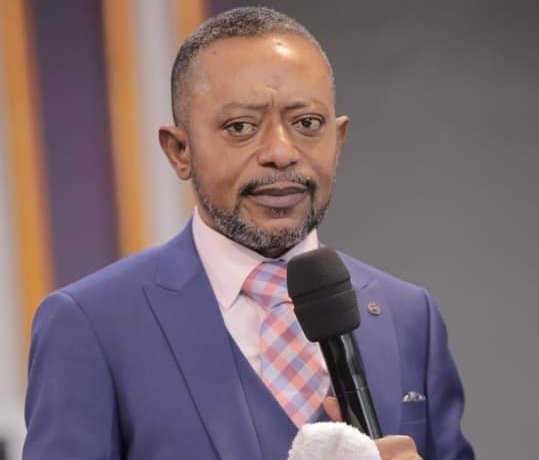 The Founder and Leader of the Glorious Word Power Ministries International, Reverend Isaac Owusu-Bempah, has been arrested by the Police for storming the home of converted fetish priestess Agradaa.

He was picked up at his home Sunday evening.

In a video gone viral, the maverick preacher, who is often boastful of his relationship with the President was seen with his men, some of whom wielded guns, at the home of Agradaa threatening her to step out of her room if she was brave enough.

Starr News sources say the pastor and his men went to the home of the converted fetish priestess after she dared him to come near her for a lesson.

The preacher is currently in custody and is set for court tomorrow Monday, September 13, 2021.

His men reportedly attacked the Police officers who had gone there to effect his arrest.