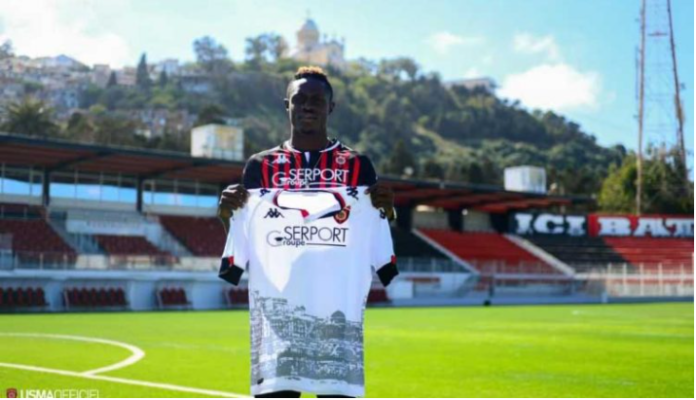 The 22-year-old joined the North African side from Ghana Premier League side, Asante Kotoko. The forward had impressed in the first half for the Porcupine Warriors after joining the club from Division One League side, Nkoranza Warriors. His arrival was delayed by international duty with the Ghana senior national team and flight challenges.

oku finally left Accra for Algeria last weekend and underwent a mandatory medical at three locations on Monday, paving the way for USM Alger to finally hold an official presentation ceremony for the player on Tuesday. USM Alger signed Poku on a four-and-a-half-year contract with the player set to earn 2,330,883.33 Algerian Dinars (≅ €15,000) as gross monthly salary.

He made his Black Stars debut in the final round of games of the 2021 Africa Cup of Nations [Afcon] qualifiers against South Africa and Sao Tome.