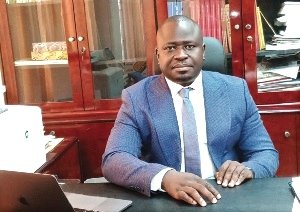 The contribution of agriculture to the Ghanaian economy could further dwindle, considering the current modes of operation and characteristics of the persons and institutions engaged in the sector, the Government Statistician, Professor Samuel Kobina Annim, has said.

Despite recent efforts by the government to boost the sector, since 2013, the sector’s contribution to the economy has remained below 26 percent, with the latest being 23.3 percent in the third quarter of 2020.

The 2017/18 Ghana Census of Agriculture (GCA) shows that in a typical agricultural household, those engaged are aging. At the same time, the majority of the youth, between 15-35 years, do not seem to consider agricultural activities as a viable source of employment, as only a few are working in the sector. Only about 29.7 percent of the 2.6 million agriculture households surveyed had youth from the ages of 15 to 35 years actively engaged in the sector.

“It is not encouraging to see an aging population in a particular sector. What that means is that the contribution of that sector to the economy is going to dwindle over time. As we are seeing, agriculture used to contribute a lot more to the economy, but now its contribution is about 20 percent. So, if you have an aged population, it means people are no more interested in the sector,” Prof. Annim said in an interview after a dissemination workshop on the Ghana Census of Agriculture.

The 2017/18 Ghana Census of Agriculture (GCA) reveals that while agricultural activities in the country still remain rural and rudimentary with little innovation and modernization, the sector is also characterized by an aging population.

The Government Statistician indicated that the full potentials of agriculture in employment, food security, foreign exchange earnings, wealth, and investment outcomes are not being realized given the current modes of operation and characteristics of the persons and institutions engaged in agriculture.

To promote diversity, the Government Statistician said agriculture should attract the youth, especially those with tertiary-level education, among whom unemployment is high and who the census shows have low participation in agriculture.

He recommended tackling some issues, such as the adoption of new technologies, low productivity in agriculture, lack of resources, among others, that have plagued the agricultural sector in order to attract more people and investments into agriculture.