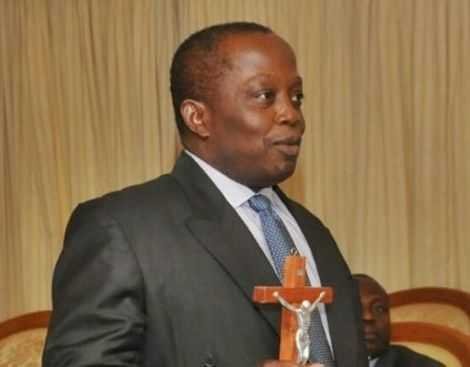 Auditor General Daniel Yao Domelevo has dismissed claims that he is resuming work on Monday from his long leave. Reports have claimed Mr Domelevo, who was directed to proceed on leave by President Akufo-Addo, was set to resume work on Monday, January 11.

However, in a Facebook post, the outspoken anti-graft auditor said his accumulated leave ends on March 2, 2021 and not Monday. “Please ignore the news circulating that I will be resuming work tomorrow, 11 January 2021. The 167 working days leave ends on 2nd March and I will resume work on the 3rd. Thanks,” he wrote. President Akufo-Addo on June 29, 2020, asked the Auditor-General to take his accumulated leave, a statement from the presidency has said.

Director of Communications at the Jubilee House in the statement said Mr Domelevo is expected to begin the leave on Wednesday, July 1, 2020. “The President’s decision to direct Mr Domelevo to take his accumulated leave is based on sections 20 (1) and 31 of the Labour Act, 2003 (Act 651), which apply to workers, including public office holders such as the Auditor-General.

“According to the Act, a worker is entitled to annual leave with full pay, in a calendar year of continuous service which cannot be relinquished or forgone by the worker or the employer,” the statement said.

Mr Domelevo said some actions and utterances by ministers of the President indicate that his work is embarrassing the government.