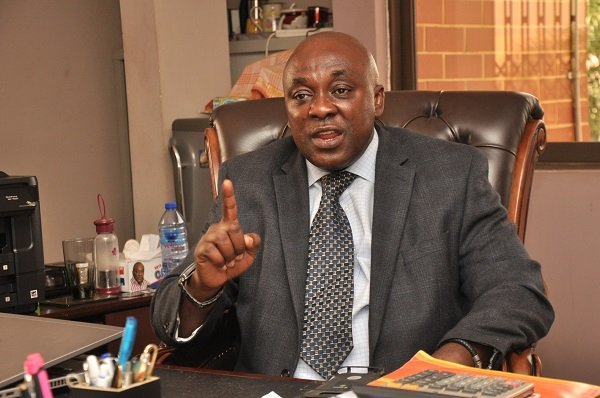 Tema West lawmaker Carlos Ahenkorah who snatched ballot papers during the Speaker election in Parliament on Thursday has apologised for his action.

According to the former deputy Trade Minister, his conduct was out of love for the ruling NPP. Mr Ahenkorah has come under fierce criticisms after he was captured on television snatching ballot papers during counting after MPs voted to elect a Speaker for the 8th Parliament.

“It’s a very tough situation to have opposition as speaker especially when he’s the president in the absence of Nana Addo and his vice not to mention how parliament would function by passing the presidents policies and laws to pave way for development. My colleagues on the majority side couldn’t help take advantage of my sacrifices to force a rerun and we’d to settle for an opposition speaker,” he wrote in a statement.

“I must say I am heartbroken and dejected. We’ve not seen the end of this yet. With this success, they would tell us what they want and what they don’t in parliament because the whip system has been compromised. This is so sad. I’ll die for my party any day. I did it for the grassroots who relied on us in power to survive, the president who needs some peace to run the country and the greater NPP party as a whole because we cannot always allow the NDC to threaten and vilify us. I apologise though to my family and friends both far and near who may be affected by my actions. The NPP in me couldn’t be controlled. I apologise but I tried!!!”.

He, however, justified his action saying ” The first few NPP members voted the NDC whip in the person of Muntaka attacked an NPP member and collected his ballot paper from him because he’s shown it to someone. A scuffle ensued and he took the ballot box itself and the ballots inside away. After a long wait, balloting recommenced. This time the same Muntaka took the ballot box and runoff that someone was showing their ballot whiles John Jinapor and Sam George kick boxed the voting booth”.