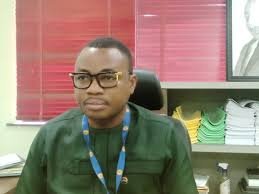 The Member of Parliament for Gomoa East, Desmond De-graft Paitoo, has called for the enforcement of all laws and protocols to curb illegal activities that derail the preservation of the forest.

He said the country’s forests were under increasing threats such as illegal mining, lumbering, logging, overgrazing, fuel wood extraction and irregular farming which had led to the country being rated as the third most deforested country out of 65 nations in a study undertaken by the International Tropical Timber Organisation (ITTO).

Mr De-graft Paitoo made the statement on the floor of Parliament on Friday in connection with the celebration of the United Nations (UN) International Day of Forest on the global theme “Forests and Sustainable Production and Consumption”.

“This trend is disturbing and must not be allowed to continue as the consequences in the coming years will be dreadful to the country,” Mr De-graft Paitoo, who is also a member of the Parliamentary Select Committee on Agriculture, Food and Cocoa Affairs, added.

He indicated that the theme for this year emphasised how forest-based innovations, resource efficiency, forest-based products and ecosystems services could contribute to a sustainable life style and accelerate a shift towards more sustainable consumption and production in line with the

Sustainable Development Goals (SDG) of the UN for good health, well-being and a transition towards low carbon and green economies.

He was of the view that though successive governments had made efforts to promote tree planting and the enactment of numerous legislation aimed at protecting the forests, the impact of these measures had been slow due to the rather weak enforcement of regulations.

This year’s celebration of the UN International Day of Forests will include a high-level panel discussion online at the Swedish Pavilion, The Forest Expo in Dubai with in-person participants drawn from the Food and Agriculture Organisation (FA0), the International Union of Forest Research Organisations (IUFRO), World Congress 2024 and the Swedish University of Agricultural Sciences (SLU).

The UN General Assembly declared March 21 as the International Day of Forests by a resolution on November 28, 2012 to celebrate and raise awareness of the importance of all types of forests. The first-ever Forest Day was observed on March 21, 2013, on the theme “Forests and their Vital and Life Sustaining Role”.