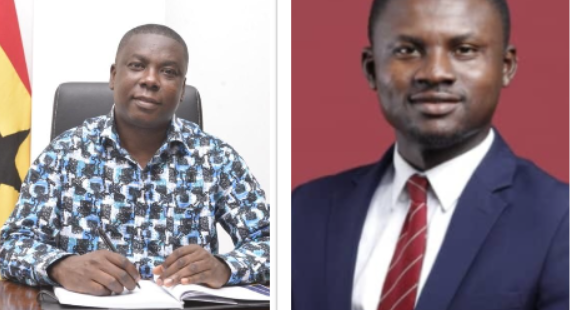 Dr Gideon Boako, the spokesperson for the Vice President of the Republic of Ghana, has this morning taken to Facebook to insult and lie about Hon Alan Kyerematen, a founding member of the NPP and a senior minister under the
current administration of H.E President Akufo Addo.

The crime of Hon Alan Kyerematen is that, in the year 2007 during NPP Presidential Primaries at the University of Ghana, Legon, he (Alan) made an ultimate sacrifice for the New Patriotic Party by allowing the then candidate Akufo Addo (now President of Ghana) to lead NPP into the 2008 general elections thereby avoiding a runoff. Today, as a staffer at the office of the Vice President, Gideon Boako is peddling abusive lies against Hon Alan Kyerematen for preserving unity, maintaining peace and saving resources for NPP on that faithful day with so much impunity. I quite remember that, in the acceptance speech of President Akufo Addo as the
then candidate elect, he singled Alan Kyerematen out for commendation and even went on to say that, all of us as NPP owe Alan Kyerematen a word of gratitude for his gesture of concession.

I wonder if Gideon Boako deems insults and lies as word of gratitude. He should read Deuteronomy 5:16May God forgive Gideon.
Read below Gideon Boako’s comment… So I go into a contest with you. I get more votes than you but not sufficient enough to secure me the required 50% plus 1. You came next to me and instead of a second round contest you concede to me. That’s nice. I acknowledge you in my acceptance speech and in order to ensure greater unity I indicate that you will come after me. Few months later you decided to abandon me and the team to fight our own fight on a flimsy excuse. Fair enough you rescind your decision and join us. We heartily accept you back.

I go into the main contest but unfortunately lost. Instead of keeping to the commitment of conceding to me to go again so you can come after you contest me. I lost and decided to go again and there again you did not concede to me but contested me. Once you do this you have withdrawn the commitment you made to me. Should the assurance I gave you still hold even after you subsequently withdrew your commitment to me on two separate occasions?

Once you withdrew your commitment the consequential assurance from me also stands withdrawn. With this, any desperate and awkward attempt to create a false impression that an assurance for which tenets you have grossly violated still
holds can only be laughable.

By Barima Sarpong, a leading member of the NPP