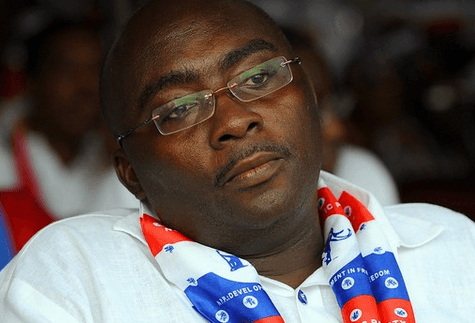 Vice-President Mahamudu Bawumia is portraying himself as a “chameleon”, religion-wise, just so he can win the hearts and votes of both Muslims and Christians in his bid to become the flagbearer of the governing New Patriotic Party (NPP) ahead of the 2024 general elections, a group calling itself NPP,Youth for Victory 2024 has said.

At a press conference on Monday, 10 January 2021, the group told journalists at the Press Centre in Accra that “we cannot finish this conference without mentioning the dangerous irresponsibility which, in recent times, has been the order of the campaign of the Vice-President”. “We all know that the mantra of the second gentleman’s campaign is hinged on digitization; however, we find it irresponsible the number of complaints we have received from across the country that certain individuals moving round in the name of the second gentleman’s campaign are campaigning on the fact that Ghana should support the vice president because he is a northerner and a Muslim”, the group observed.

It said: “We do not see how the Vice-President, who, in one breadth shows he is tolerant and even attends Christian church services, will be going around telling people to support him because he is a Muslim. Such chameleon attitude is not fit for nation-building”. The members said: “Unfortunately, we have never heard the Vice-President calling any of the proponents of such irresponsibility to order”. According to the group, the latest of such behavior “is the campaign by the Deputy Majority Chief Whip of Ghana’s Parliament, Hon Alhaji Habib Iddrisu, who is also the MP for Tolon Constituency in the Northern Region”.

“It must be noted that, as per the electoral rules laid down by the party, if it were a supporter of another potential candidate behind such heinous actions, that person would have been eliminated from the race before the campaign begins but the general secretary, who is already boot-licking the Veep, cannot do anything about this and even when other prominent members of the party commit themselves in such irresponsible manner because the executive is in bed with the Veep, they are unable to call such actions to order and crack the whip”, the group complained. It warned: “Many African countries have been devastated by tribal and religious politics and we will not let any individual or group use such a slippery slope to dip Ghana’s democracy and discredit our great
party”.