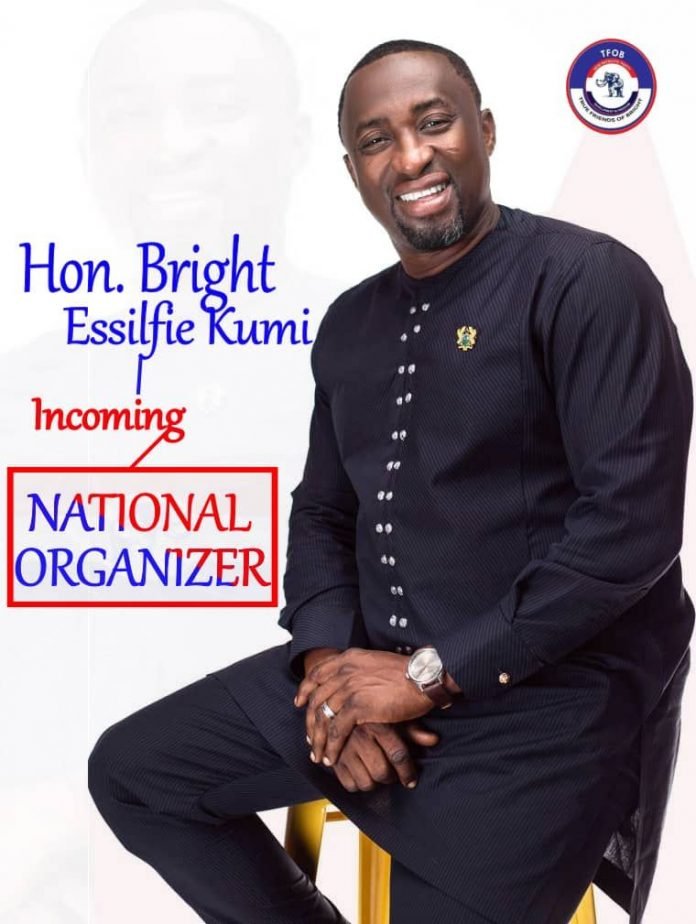 There are indications that the contest to take over the organizer position in the New Patriotic Party (NPP) will be a tough contest if the names emerging are anything to go by.

Previously, Henry Nana Boakye who is currently the National Youth Organizer was the main man in contention to take over from Sammi Awuku who has decided not to contest for party position subsequently. However, credible information available information to www.vision1fm.com indicates that the former parliamentary candidate for Asikuma-Odoben-Brakwa constituency in the central region Hon. Bright Essilfie Kumi will be contesting for the National Organizer position.

This comes after posters of his decision hit social media some weeks ago and later confirm on Light TV’s Oman Yi Daakyi show hosted by Nana Otu Darko on the 23 rd November 2021 of his decision to lead the party as its Organizer. Mr. Essilfie Kumi according to his confirmation on Light TV is coming in with a different mindset to sustain the reign of the New Patriotic Party (NPP) to help the party hold on to power to sustain the development of the country.