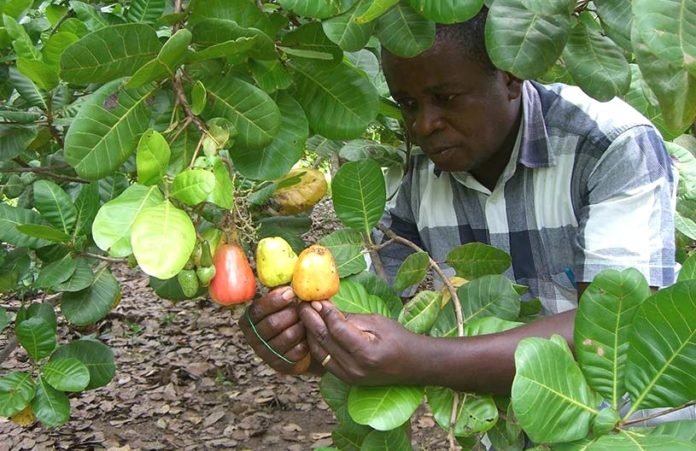 Chief Executive Officer for Tree Crop Development Authority (TCDA), Williams Quaitoo, has said the minimum fixed price for cashew in the 2021-2022 season will be announced by the agriculture ministry in December this year.

According to him, all key and important factors needed to be considered in arriving at a very good price for the cashew farmers have been defined by experts, hence, the announcement of the cashew price next month will add value to cashew.

“Every parameter that is important in arriving at the price for a Kilo of cashew has been determined,” he said at the annual conference and inauguration ceremony of the Cashew Traders and Exporters Association Ghana in Sunyani, capital of the Bono Region.

Mr. Quaitoo advised the cashew farmers to dry their cashew nut to achieve the moisture content of 10% or below, before selling it to buyers, stating that buyers do not show interest in cashew nuts that are not properly dried.

Meanwhile, the Member of Parliament for Jaman North constituency, Frederick Yaw Ahenkwah has pleaded with the government to pay critical attention to cashew production as well as cashew growing areas to facilitate cashew production.

Highlighting some key challenges that affect the pricing of cashew, Mr. Ahenkwah attributed it to the deplorable state of roads in Cashew growing areas stating that “sometimes, these businessmen will come and buy the cashew, hauling it to Accra but you will see the vehicle toppled over just in the middle of the road. This makes the buyer incur losses.”

Pig farmers attribute the hike in the price of pork to the high cost of feed.

There will be starvation without an import for a month. – Kareweh.