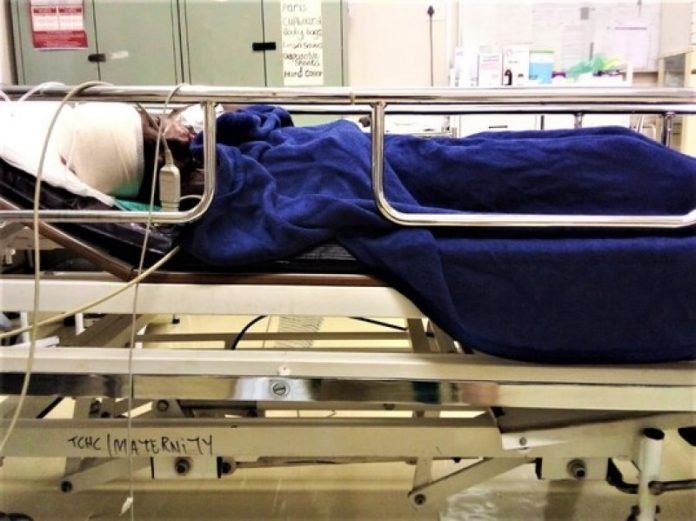 A South African man died over the weekend after he was brutally beaten to death by security guards at a bank.

The now-deceased was allegedly brutally assaulted by the guards after he accused the Bank of stealing his money.

According to his family, Nhlakanipho Gumede, 29, went to the bank to inquire about R500 (GHS 200), which had gone missing.

His brother, Jan Gumede, said Nhlakanipho was worried that the money had been stolen and did not wish his family to think he had pocketed the money for himself.

“He deposited R1 000 for our family in Ngwavuma, but they only received R500, so he went back there to ask about that. He was told that he must return on Tuesday because the person who had assisted him was off duty. He asked the manager to give a written confirmation that it was the bank’s fault. That’s when an argument broke out between him and the manager.”

It is said that the argument escalated and the manager called the security guards to clear Gumede out. The guards allegedly brutally assaulted the young upcoming musician and dumped him outside the bank.

“He was left lying on the side of the road, bleeding, and no ambulance was called. I was called by people who know me. I was at work, but I had to rush there. When I got there, my brothers had already taken him to the clinic, where he was transferred to the hospital. He died on Sunday morning.”

One of the security guards has since been arrested in connection with Nhlakanipho’s death, Police spokesperson Captain Nqobile Gwala said.

“A 40-year-old man was arrested for murder. He is expected to appear in the Verulam Magistrates’ Court on Tuesday.”

The spokesperson for Capitec Bank, Chandré Matlala, expressed shock at the death and said the bank does not condone violence.

“The security guard in question has been arrested, and we are working closely with the South African Police Service to further investigate the incident. We are also in direct contact with Mr Gumede’s family during this difficult time. We do not condone the use of violence in any form or behaviour that goes against our company values. We have offered counselling to our staff and clients who were there and experienced the event,” said Matlala.