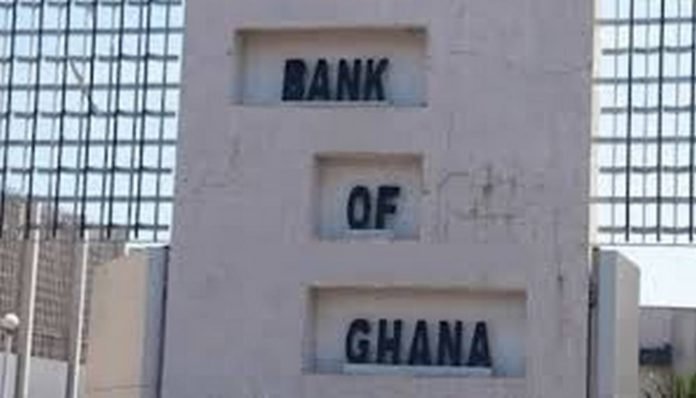 The Ghana cedi has depreciated by 1.7% to the US dollar in the first nine months which will end next Thursday September 30th, 2021, according to data from the Bank of Ghana (BoG).

The Central Bank pegged the rate of the cedi to the dollar at ¢5.86, though it is trading above ¢6.10 on the interbank forex market.

However, the rate of depreciation of the cedi indicates that the local currency will stay within research institutions and analysts forecast for this year, more especially when the first tranche of the $1.5 billion Cocoa Syndication Loan will hit the Central Bank’s account by the first week of October 2021.

This is expected to boost the supply of the American “greenback” and thereby reduce the pressure on the local currency.

Prior to the recent pressures on the cedi, the Ghanaian local currency had shown impressive run since the beginning of the year till July 2021.

This was due to the repatriation of dividend by some multinationals, beginning June 2021, forcing the Central Bank to regularly intervene in the market, particularly through the Forex Forward Auction.

According to the Bank of Ghana, the cedi depreciated by 0.7% and 1.6% in July and August 2021 respectively. This was after it had appreciated for the first six months of this year.

Analysts believe the outlook of the cedi is still positive despite the recent pressures.

According to them, there is little to worry about due to the various interventions implemented by the Bank of Ghana as well as the strong reserve position of the country. Ghana’s international reserves presently stands at $11.02 billion.

Fitch Solutions, research arm of ratings agency, Fitch, and Databank Research early on forecast slightly different end year rate of the cedi to the dollar as most forex bureaux are selling the local currency at ¢6 to a dollar.

Whilst Fitch Solutions projected ¢6.32 pesewas to a dollar by the end of the year, Databank Research predicted ¢6.14 pesewas.

Fitch attributed a rebound of the global economy which will stimulate economic activities, as the rationale behind its end-year cedi to dollar rate of ¢6.32, a little above 4% depreciation.

Databank on the other hand said the recent portfolio-induced pressure tampered with its earlier optimism. However, it believes the cedi should remain supported by the gross forex reserves of about $10.99 billion.

Unlicensed palm oil operators to face the law by next year