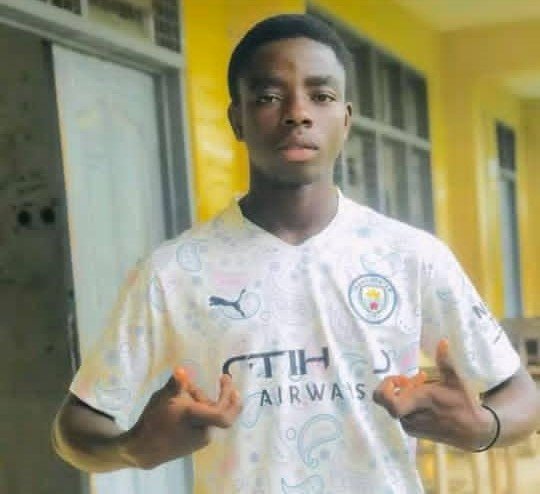 The Police at Bekwai in the Ashanti Region have launched investigations into circumstances leading to the stabbing to death of a final year student of Oppong Memorial Senior High School (SHS) at Kokofu.

Richard Appiah, allegedly sneaked out of the boarding house in the company of other students, to town.

He was stabbed in the lower abdomen by yet to be identified youth of the town, during a confrontation over an Iphone, on Saturday at about 9:45 pm.

Master Appiah was pronounced dead upon arrival at the Alhamadiya Moslem Hospital at Kokofu.

Police proceeded to the Alhamadiya Moslem Hospital, only to see the lifeless body of the deceased with stab wounds lying on the floor.

“Police went to the scene and when they got there, it was realised that the body had been taken to Alhamadiya Moslem Hospital at Kokofu.

“When Police got there, they found the body lying on the floor at the hospital. A student, called Richard Appiah is the one who was stabbed and his father is a security guard of the said school,” DSP Damptey-Brown said.

According to DSP Damptey-Brown, the deceased and his mates, who were in town, as usual after sneaking out from campus, had scores to settle with some youth in the community.

“The guy (Richard) was then a day student but because he was in his final year, he was asked to come to the boarding house.  So, when he came to the boarding house, he has some friends in the school; they were his mates and they use to go to town; they used to sneak to town every evening and they had an encounter with some youth in the town sometime back. Meanwhile, that case was not reported to Police,”  he said.

“When they came to town, one of his mates was with an Iphone so those guys they have been having an encounter with met them in town and took his phone from him. Richard Appiah became angry and went straight to the guy, wanted to collect the phone from him and we are told the name of the guy is called Solomon. Solomon broke a bottle and then stabbed him,” he added.

Police have launched a man-hunt for a gang led by one Solomon, after taking statements from five students who were with the deceased.

School authorities are tight-lipped over the incident, as the Police pick broken bottles from the crime scene for evidential purposes.

Meanwhile, the body has been deposited at the Alhamadiya Moslem Hospital pending autopsy.