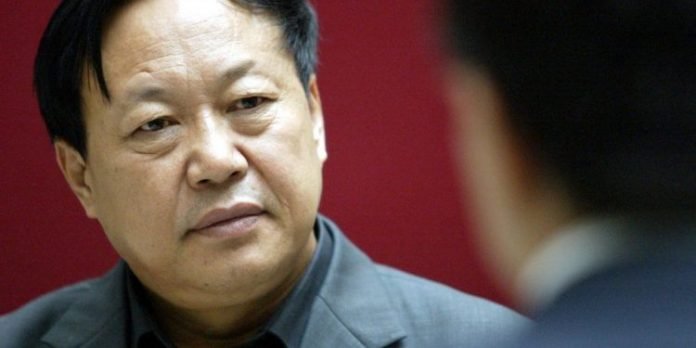 A prominent Chinese billionaire has been sentenced to 18 years in prison, the latest in a string of punishments against outspoken corporate bosses.

Sun Dawu runs one of the country’s largest private agricultural businesses in the northern province of Hebei.

Sun, 67, has in the past spoken out about human rights and politically sensitive topics.

He was found guilty of “picking quarrels and provoking trouble” – a charge often used against activists.

Other charges against him include illegally occupying farmland, assembling a crowd to attack state agencies and obstructing government workers from performing their duties. He was also fined 3.11 million yuan ($478,697; £343,227).

Sun’s company is among China’s biggest, with businesses ranging from meat processing and pet food to schools and hospitals.

He was reportedly detained last year, along with 20 relatives and business associates, over a land dispute with a government-run farm.

At the time, he said dozens of his employees were injured in an incident with police related to the dispute, according to an AFP report.

Sun is said to be close to some prominent Chinese political dissidents and has in the past criticised the government’s rural policies.

He was one of the few people to openly accuse the government of covering up an African swine flu outbreak, which affected his farms in 2019, and later devastated much of the country’s industry.

He also was sentenced to prison in 2003, for “illegal fundraising” but the case was overturned after an outpouring of support from activists and the public.

Sun reportedly denied many of the accusations against him in a pre-trial hearing, describing himself as an “outstanding Communist party member”.

He did however reportedly admit to making mistakes, including posting messages online.

“The way they’re investigating me now is making those close to us suffer and those who hate us rejoice. I wish to take the charges upon myself, even if they’re severe, in exchange for the release of others. We are people who have made contributions to society,” he said.

China has been cracking down on businesses and entrepreneurs in the country. Major technology companies including Alibaba, Didi and Tencent are being investigated for a range of regulatory issues.