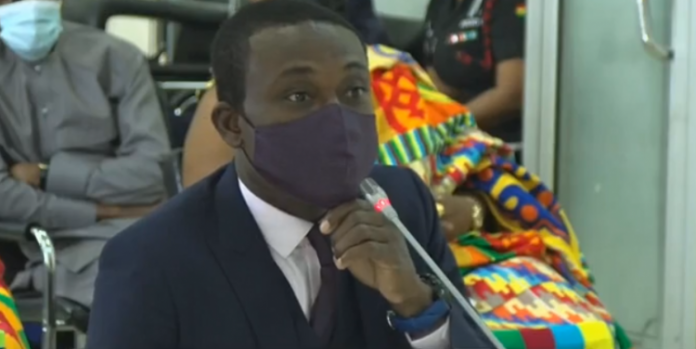 The Special Prosecutor nominee, Kissi Agyebeng, says he will employ the use of undercover investigations and investigative journalists in his work.

According to him, tackling corruption will be difficult without the use of such undercover investigative means by investigative journalist, Anas Aremeyaw Anas. Speaking at his vetting on Thursday, Mr. Agyebeng said he fully subscribes to what has become known as the ‘Anas principle’, although there are others who have denounced it. “I fully subscribe to that principle, and I am going to use it… I will be engaging investigative journalists in respective of my work if given the nod. I say so because corruption is so secretive and complex, and unless the participants are coming to you to report themselves to you, it is almost impossible to find it out. If someone can go underground and through a sting operation come out with some evidence which has probative value, I am all for it and I am going to use it,” he said.

Anas Aremeyaw Anas, who Mr. Kissi Agyepeng has worked with and represented in court for many years, is famed for exposing major acts of corruption using undercover methods.

His work among other things led to several prosecutions and dismissal of high-ranking public personalities including the former president of the Ghana Football Association, Kwesi Nyantakyi, and more than 20 judges.

President Nana Akuffo -Addo, during the third edition of the Institute of Economic Affairs’ (IEA) presidential debate in Tamale prior to the 2012 elections, also stated that he would use the ‘Anas Principle’ to fight corruption.

He indicated that an NPP government will motivate young people to do uncover investigations, especially within the revenue collection agencies, as a means to end the canker.

Some people, including key members of the New Patriotic Party (NPP) like Assin Central MP, Kennedy Agyapong, have publicly criticized the idea.

But according to Mr. Agyebeng, he has the full assurance of President Akufo-Addo to support his work.

“I have full assurance… I am going to count on its [Presidency’s] full support in making this office successful and making it work.”

Attorney-General and Minister for Justice, Godfred Yeboah Dame, nominated Mr. Agyebeng, a law lecturer and private legal practitioner, as a replacement for Martin Amidu, who resigned from the position in November 2020 under very controversial circumstances.

kissi Agyebeng was called to the Ghana Bar in October 2003 and holds a Bachelor of Laws (LLB) degree from the University of Ghana, as well as, Master of Laws (LLM) degrees from Schulich School of Law, Dalhousie University, Canada, and Cornell Law School, USA.

He has, since 2006, been teaching Criminal Law at the University of Ghana, whilst engaging in private law practice.

Apart from initiating investigations on its own, Act 959 gives the Office of the Special Prosecutor the power to receive and investigate complaints of alleged corruption from the public or investigate suspected corruption or corruption-related offenses upon referral from public bodies such as the Attorney General’s Department, the Commission on Human Rights and Administrative Justice (CHRAJ) and the Economic and Organised Crime Office (EOCO).