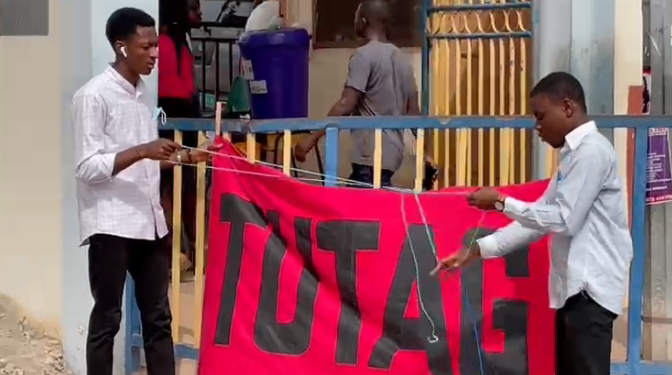 The strike declared by the Technical University Teachers’ Association of Ghana (TUTAG) has kicked off across the country.

The strike came off despite a directive from the National Labour Commission (NLC) for members of TUTAG to call off the industrial action and come to the negotiation table on Wednesday, June 16, 2021. Coincidentally, the Senior Staff Association of Universities resumed work today after a strike for almost three weeks over similar concerns. TUTAG is protesting among other things poor conditions of service and the frustrations the technical universities encounter in getting accreditation for academic programmes.

In the Ashanti Region, academic work at the Kumasi Technical University had come to a standstill due to the nationwide strike. He said all lectures had been called off, leaving students stranded on campus. Some students who spoke called on stakeholders to ensure the matter is resolved as early as possible.

“The strike is a very worrying issue and students are very peeved about it because basically, we just started school. We are calling on the government to sit down with the lecturers and also the lecturers should have a listening ear to the concerns of the government. This is disrupting our academics,” a student said. “It will affect us because we do not know the day or time the strike will end and our parents too are not happy about it,” another student complained.

Resumption hinged on resolution of concerns

Meanwhile, the General Secretary of the Kumasi Technical University, Dr Zakari Abubakari has said its members will only resume work when their concerns are addressed.

In the Western Region, lecturers were totally absent at the lecture halls of the Takoradi Technical University (TTU).

He, therefore, called on the government to resolve the concerns of TUTAG members.

“This strike is not good because in the learning process we are far behind and this strike will worsen everything.”

The General Secretary of the TTU chapter of TUTAG, Boakye Yiadom in an interview said, the chapter will not budge to the Labour Commission’s call to return to the lecture halls until they meet the latter for a resolution of their concerns.

“One of our grievances is that there is unfair treatment when it comes to promotion. We have to go for six years for six papers if you have to go for promotion but that is not the same as what pertains in Paga sister Universities. We believe that our tier two pension is long overdue. Our book and research allowance are also not being paid. This is also another issue.”