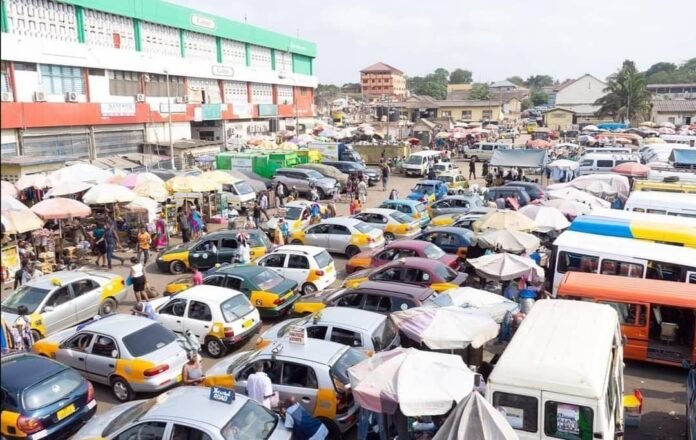 New transport fares following the 13 per cent increment took off almost seamlessly last Saturday. During a visit to a number of lorry stations and transport terminals, the Daily Graphic observed reasonably healthy interactions between transport operators and passengers.

It was also observed that the new fares, as released by the Ghana Road Transport Coordinating Council (GRTCC), had been posted on notice boards to inform passengers That helped to avert possible agitation and the heated arguments that arise between passengers and conductors (drivers’ mates) of public transport, also known as trotros, and other forms of public transport.

The new fares, as announced by the council last Tuesday, to take effect from June 5, cover intra-city commercial vehicles, popularly known as trotro, shared taxis and long-distance vehicles. The council is made up of all transport operators in Ghana, including the unions and associations, other locally based associations and other operators (both passenger and road haulers). The Ghana Private Road Transport Union (GPRTU), the main body that controls public transport, explained that the increase was to accommodate the increase in fuel prices announced in May 2021, after long negotiations with stakeholders.

Justice Agbenorsi reports that the team observed that some bus conductors had inflated the transport fare above the 13 per cent increment. For instance, the transport fare from Kpogas on the Giffard road to the 37 commercial bus station was previously GH¢2, and based on the press release from the transport operators, the new fare should be GH¢2.30. However, some drivers charged GH¢2.50, and that caused some friction between passengers and the conductors, but the passengers ended up paying the GH¢2.50, as the drivers refused to continue the journey if they did not pay. Other drivers also printed the press release and posted it in their vehicles for passengers to refer to the new fare increment to avoid any misunderstanding and argument.