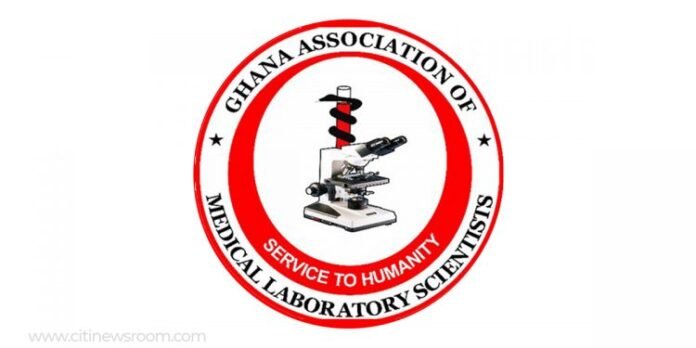 The Komfo Anokye Teaching Hospital chapter of the Ghana Association of Medical Laboratory Scientists (GAMLS-KATH), says it will only go to the negotiation table with the management of the Hospital when there is an assurance that their demands would be met.

The Laboratory Scientists at KATH began a one-week sit-down strike last week to protest the posting of two medical specialists to the Laboratory Services Directorate of the hospital.

Calls by the Ministry of Health and management of KATH for the scientists to resume work for dialogue to begin, have yielded no results.

Authorities have resorted to other private laboratories to meet the needs of patients who require such services.

The national Association of the Laboratory Scientists has also threatened to escalate the strike nationwide.

In an interview , the Chairman of the Association at KATH, Ernest Badu-Boateng, insisted that the Association cannot dialogue with a management that is unwilling to fulfil its part of the bargain.

“Yes, we believe in dialogue, but we can’t dialogue with a management that has taken an entrenched position. They [Management] want us to call off the strike. That is fine. But we need to have neutral grounds, we want the doctors to be reassigned, we have made this point clear enough. Once this is done, we can sit and talk.”

“They can’t keep insisting that the doctors have the right to be there and expect us to agree to negotiate with them. What will we be negotiating over?”

The Laboratory Scientists at KATH boycotted a meeting with management of the hospital on Monday, May 24, 2021.

Explaining the reason behind their action, Mr. Badu-Boateng said the union did not see the “essence of going for the meeting.”

“They [management] have made it clear to us that the issue is beyond them, and lies with the Ministry,” he added.

“The solution for now lies with the Ministry of Health, they must instruct management of KATH to reassign the two physicians. That way, there will be a level playing field for us. We can’t go for the meeting with one party, being on the losing end.”

The management of KATH has explained that the decision was taken by its board and cannot be reversed.

Meanwhile, the Executive Secretary of the National Labour Commission (NLC), Ofosu Asamoah, says the Commission plans to meet the association, the management of KATH and the Ministry of Health next week to find an amicable solution to the standoff.