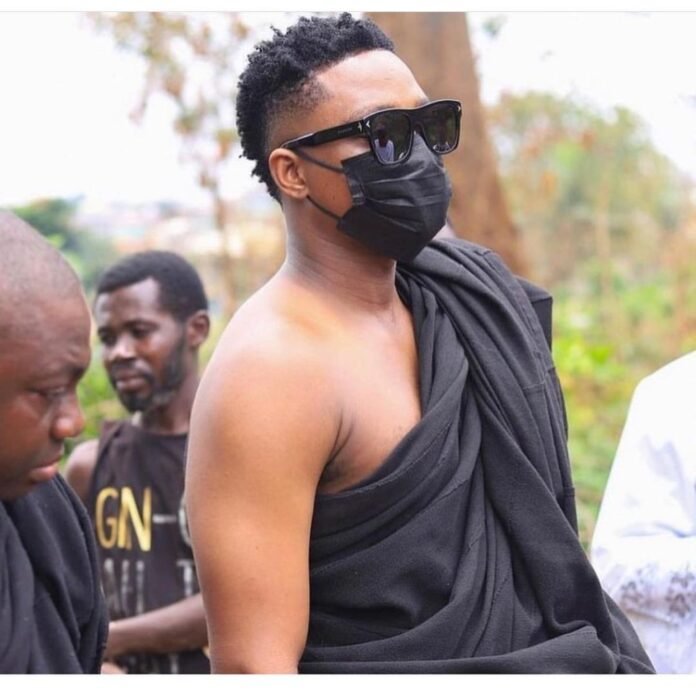 Family and sympathisers paid their last respects to Alex Afoakwah Nuamah, father of musician Krymi. The musician, born Henry Nuamah, lost his father, who is popularly known as Coach, on Thursday, February 11, 2021.

Mr Nuamah’s final funeral rites were held at Bomso following a burial service at the St Cyprus Anglican Church at Fante New Town in Kumasi. Krymi took to his Instagram page to share photos from the ceremony which saw families cry their hearts out.

His colleague, Dr Drew joined him to bid farewell to the old boy who died aged 71.

The Party Gbee hitmaker described the death of his father as the ‘worst news’ when he broke it on social media and eulogised his dad as the man who taught him everything.