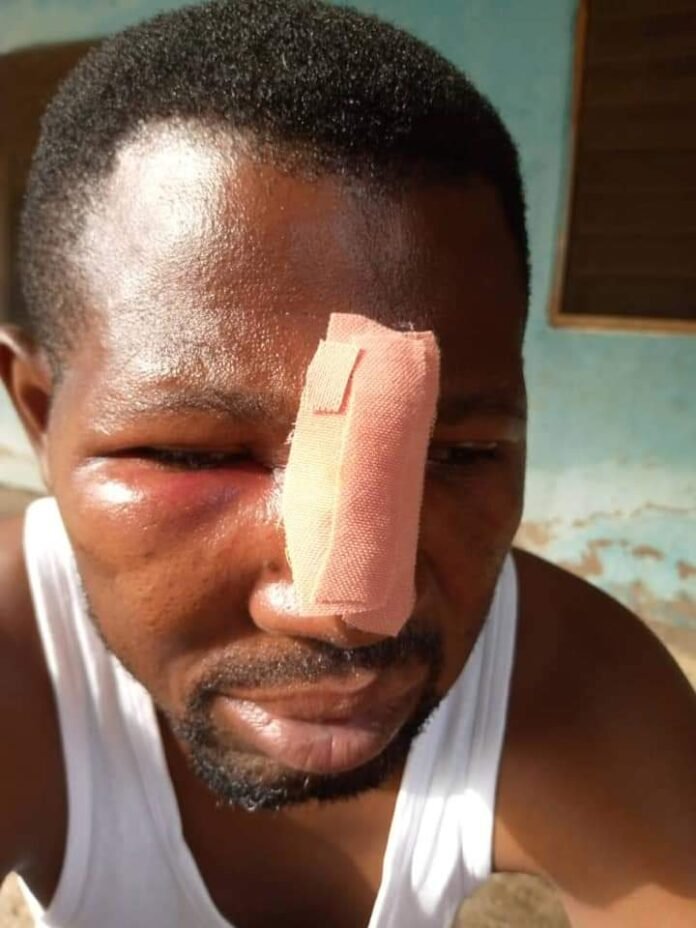 A 17-year-old student of the Nungua Kroma 2 Junior High School is on the run after leading an assault on one of his teacher.

According to police, the student-led 15 other men from Nungua to beat up the math teacher.

The teacher sustained a head wound and was in a blood-soaked shirt when he reported the incident to the police on February 22, 2021.

The teacher was accompanied by Roger Asempa, the headteacher of the school.

The police have said efforts are ongoing to arrest the students and his accomplices arrested.

Meanwhile, on 23 February 2021, a joint stakeholder meeting comprising the headmaster, teachers and students of the school, the Regional and Municipal Directors of Education, the Nungua District Commander of Police and the Krowor MP, among others, was held.

Speaker after speaker condemned the incident and pledged to assist police hunt for the suspects.

The teachers had threatened to withdraw their services owing to the incident but rescinded their decision after the stakeholder meeting.

The police assured the teachers of the provision of adequate security in and around the school and urged them not to be shaken or withdraw their services due to the incident.

The MP, Agnes Naa Momo Lartey, thanked the teachers for their work and promised to take care of the medical bills of the complainant.

A day mobile patrol team has been provided with support from two guards from the assembly.