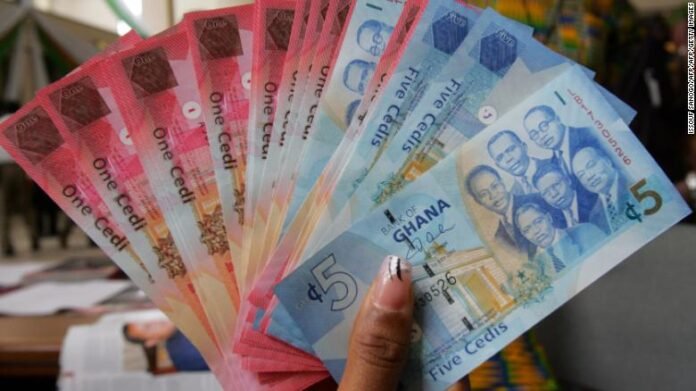 While the cedi continues to respond positively to measures introduced by the central bank to cushion it from sharp depreciation against the dollar, it seems those measures do not apply to its trading with the pound sterling, as the data shows it is losing its strength against the British currency.

Using the Bank of Ghana’s interbank FX mid-rate as the basis of computation, the cedi has recorded virtually no depreciation against the US dollar from year to date (-0.0 percent), as it began the year with GH¢5.7602 per US$1 and remain in the same region with GH¢5.7603 as of Monday February 8, 2021.

A similar relationship can be observed between the cedi and the euro as the analysis show the latter has also appreciated by 1.9 percent year to date, trading currently at GH¢6.9344 per one euro compared with GH¢7.0687 at the end of January 2021, an impressive performance considering high trade volumes between Ghana and the European Union.

However, the pound sterling seems to move in the opposite direction. Using the same interbank FX mid-rates, the cedi has depreciated 1.09 percent against the pound year to date, higher than the 0.3 percent loss of value it recorded against the British currency in the whole of January 2021 – indicating that the local currency has demonstrated weakness against the pound. The cedi is currently trading at GH¢7.9081 per GB£1 compared with GH¢7.8215 at the end of last month.

Commenting on what has accounted for the strength of the pound sterling against the cedi, analyst with Databank Research, Courage Kwesi Boti, attributed it mainly to the favourable BREXIT negotiations, and demand and supply forces.

“Toward the end of last year, the BREXIT negotiations were completed and against fears of how the outcome could affect trade flows, it turned out that the EU and UK reached a compromise which was more favourable than first thought. That meant that all the apprehension that led to the weaknesses of the pound dissipated, and the pound has been performing well against other advanced market currencies.

So a depreciation of the pound sterling won’t have as significant an impact than if it were the dollar and that is because of their relative share in trade volumes. A dollar depreciation has more significant impact on our economy than that of the other currencies,” he told B&FT in an interview.

To ensure enough supply of the dollar, one of the measures the central bank has adopted, which has so far proven effective, is the FX Forward Auction that seeks to pump US$300 million into the economy by end of the year. Out of this amount, US$50 million will be pumped into the economy bi-weekly till the end of the first quarter. Then, from the second quarter onward, it will be slashed by half till the end of the year.

Ghana cedi expected to be stable for the rest of 2021

Agric’s contribution to the economy could further dwindle — Government Statistician.