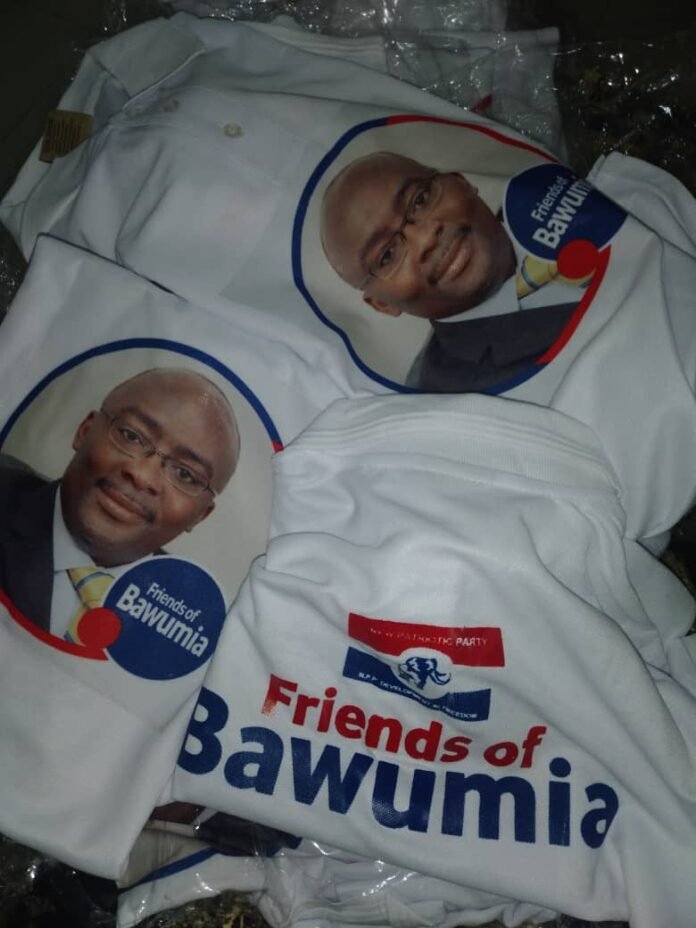 The New Patriotic Party(NPP) might be struggling to cross the line from the 2020 General Election but has already witnessed a wrongly timed succession clues within the party.  The huffs,  puffs and thrills across the country have barely stalled the political dreams of close allies,  beneficiaries and progenies of the party, not least the second gentleman of the land.  At a time when the party needs ionic bonds around it’s teaming fan base,  dispersal of interest appeared to have taken over.  Dr Mahamudu Bawumia,  one of the party’s strong voice,  has suddenly mummed up ? Guess what?  He is irrationally preparing the grounds for 2024.

Like any war team,  the end of the battle is the only time winners can be praised, real fighters identified and the Judases named. No serious warriors will ever start thinking of replacing his war leader during the course of the war.  What if the leader fades and the junior soldier is vanquished as well?  Naturally,  teamwork is expected within the New Patriotic Party as seen in the NDC leadership. Have you ever heard of who is going to lead NDC in 2024? Why Friends of Bawumia at this ungodly hour?  Water is the niche for aquatic organisms but once it is hot they certainly will not attempt it.

With a while 24 months to market one self, uniting behind the NPP for just these trying two months won’t bruise any image. The subjugates, personal interest,  party negligence and desperate succession must be swept under the carpet.
His Excellency,  Dr Mahamudu Bawumia,  the vice President of Ghana and one of NPP’s most lucky member,  must be whipped into the supporting hands of the party at this crucial time. When the party is seriously struggling to make up numbers to ease administration under Nana Addo,  direct beneficiaries of the government and the party certainly must be the front runners. Why staying away at this crucial time? For goodness sake,  what shall it profit any government appointee to stay and watch the party lose under this legal pendulum?  Will the vice President keep the same momentum if NDC succeeds in their fight for power?  From the supposed digital expert to an economic necromancer,  the voice of Dr Mahamudu Bawumia must be heard at this time and with increasing frequency.  He must be whipped into the line by forces that be within the party.  What is this Friends of Bawumia thing all about when power keeps slipping from us like lubricant?

A group of supporters within the New Patriotic Party has been motivated to launch Bawumia Fun Club as part of the mainstream plan of imposing Bawumia on the party for 2024 General Election.  Like in any democratic platform,  nobody is preventing them but can’t the timing wait until this whole saga settles?  Funny things at the wrong time indeed.  One doesn’t need any political lense to zoom in one the potential candidates for the party heading into the anticipated showdown in 2022. Are the Alhaji boys assuming they aren’t other rivals for his position heading into the election?  If we have not heard of any at least the Allan sect will naturally be motivated to bid for another presidential ticket.  Have you heard of them in the system?  Not even when the grounds are becoming too fertile for them.

The earlier NPP realize the slippery plans from Dr Mahamudu Bawumia,  the better for the party.  The party is an institution with structures and must be followed in these turbulent times.  If Alhaji and his boys understand the system,  they might even waste their resources because the party’s template won’t cast them as Presidential Candidate.  It is that clear and simple.
If anyone is desperate for replacing Nana Addo Danquah Akuffo Addo,  then it must Dr Bawumia.   One last question for this power conscious veep,  has he studied the winning formula for NPP as a member?  He is neither the coefficient nor the triumphant card.