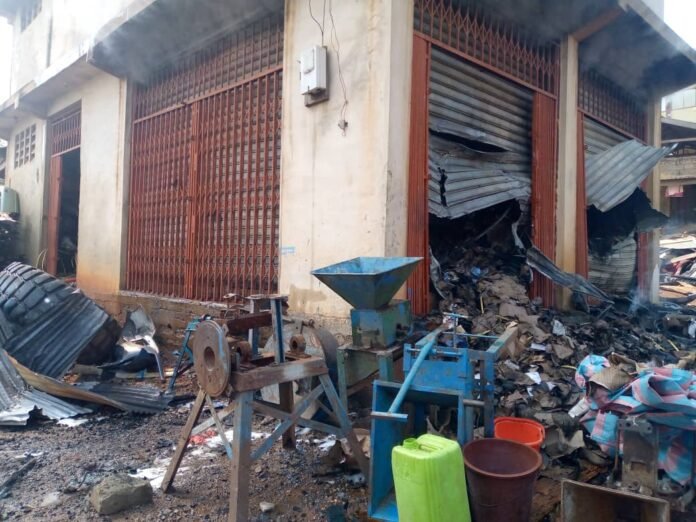 This is the fourth fire incident recorded in the Region in three days.

Firefighters at the scene managed to bring the inferno under control after almost two hours, . No casualties have been recorded .